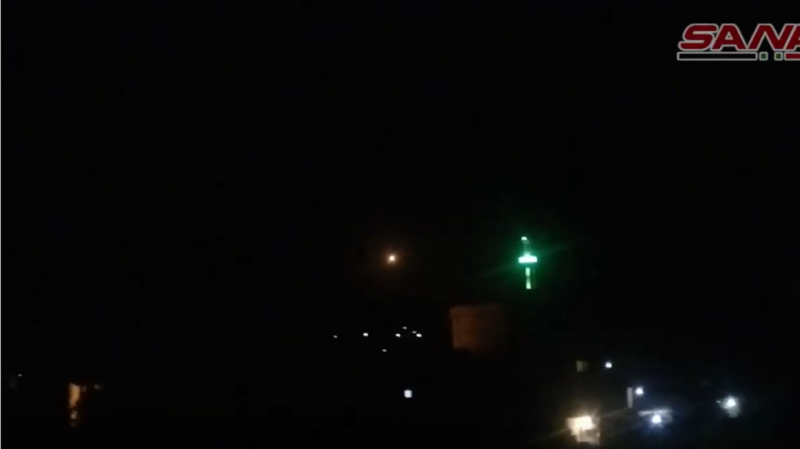 Four Syrian servicemen were injured in the attack, that has also inflicted material losses, SANA reported. The missiles reportedly came in from the direction of Lebanon as well as the Golan Heights, a territory occupied by Israel since 1973.

There were reports of a “huge explosion” to the west of Damascus around 1 am local time on Thursday.

Israel routinely launched air strikes into Syria, saying it is targeting “Iranian” assets. Tehran has backed Damascus in the war against Islamic State (IS, formerly ISIS) terrorists as well as Islamist militants backed by Turkey and the West that launched an insurrection against President Bashar Assad’s government in March 2011.

Thursday morning’s attack was the first since March 16, and ninth since January, according to the Jerusalem Post. Israel has not officially commented on the strike.