Space horror “Alien: Testament” arrived on DVD and Blu-Ray, and then access additional materials in which there is something interesting or even intriguing for fans of the movie.

In early summer, when the premiere, viewers opinions about the painting were divided dramatically. Many people then complained about the stupidity of the characters, although I would call it ordinary humanity. In General, we examined in detail the pros and cons of tape, and best of all on “someone else’s: Covenant”, in my opinion, expressed by our chief editor in his “spoilers”.

But back to topmaterial. We have previously brought details of the DVD and Blu-Ray editions of the film, but then, of course, was not aware of what secrets you hid for us, Ridley Scott.

And believe me, some of it will surprise you for sure!

Xenomorph created by the Android, David, was a powerful, nimble and went ahead. To kill him really wasn’t easy, but got through it… Right? In the best traditions of the original “Alien” threw the creature into space. Yes, and the truck was thrown for good measure. It would seem that finished.

And Ridley Scott in the commentary on the DVD says: No! It is not shown in the film, but xenomorph survived and eventually returned to the planet. An interesting detail. First, it means that this dude is definitely stronger than many of its descendants, which we saw in the previous parts of the series. Secondly, it can be assumed that the first xenomorph still play a role in history.

The man knows a lot about genocide. Dropping the bomb black goo on the square in the city Space jockeys Android turned it into a huge grotesque cemetery. The exact number of victims in the picture are not known, however, Scott claims that it killed about 2 million Engineers. In addition, the Director spoke about the fact that on average these guys live for 150 years.

3. The Corporation “weyland-Yutani” learns about the existence of the other from David

Android-psycho continues to amaze! In the video under the name of Advent David is throwing viewers a tour of their sweet little lab. Here he explains more about how it works black goo, what are the consequences entailed his experiment and why he kept the body of Elizabeth Shaw when she refused to voluntarily become his second eve in Eden.

But the most interesting that David writes this for the Corporation “weyland-Yutani”, giving them all the information that he had accumulated. That explains where they learned about someone else in a 1979 film (well, if we ignore the events of “Alien vs Chodnika”, as it should any decent person), that’s just not clear: why David generally communicates with them? As far as we know, he’s not a big fan of humanity. That’s probably how he lures people into a trap? After all, no one attempt to cope with the alien was not successful.

4. David used the children of Engineers for their experiments

We have realized that for this guy nothing is sacred. That kids Space jockeys have become a consumable item in it. Judging from his illustrations and recordings, experiments with babies of this mysterious race helped him improve the design of Neomorphus. So came the signature elongated head of Another, for example.

Bonus: Team “Testament” was terrified of the original Alien

Ficaretta called Phobos describes one of the trials, which took place members of the ship’s crew “the Covenant” during flight training. Heroes scaring various images and sound effects in order to assess their degree of resistance to fear. Of course, David shows perfect result, but the people laid bricks. The funny thing is that the sounds they hear heroes during the test were taken straight from the first Alien. It’s nice to think that in 2104, this film is still terrible.

The official prequel to “Alien: the Covenant” will be released in Russian 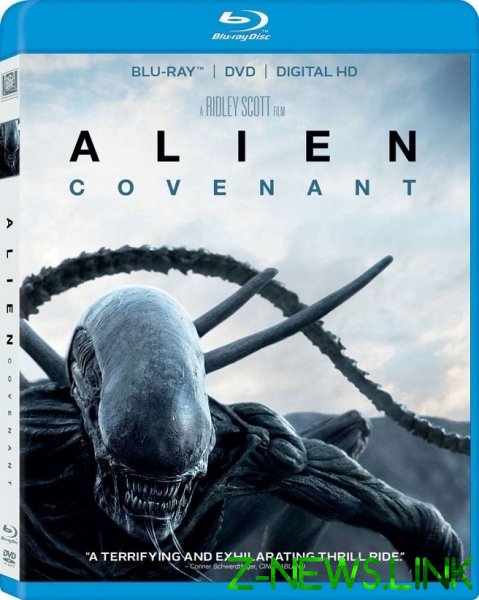