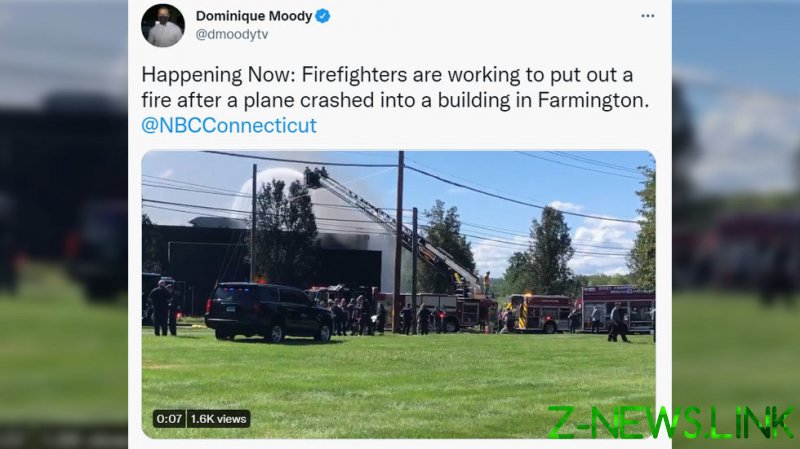 Farmington Police Department confirmed that a plane had crashed into a building on Hyde Road shortly after taking off from a nearby air field, and said in a tweet that emergency services were on the ground working to “evacuate the immediate area.”

Four people were onboard the plane, reportedly a Cessna Citation business jet, according to information from the Federal Aviation Administration (FAA) cited by local media. None of the four are thought to have survived.

Police have confirmed that there were no injuries reported inside the building, which is owned by German tool manufacturer Trumpf.

In imagery shared from the scene on social media, smoke could be seen billowing from the site of the crash, with firefighters tackling the sizable blaze that erupted from one section of the building.

The footage showed the aftermath of the crash at an industrial complex on Hyde Road, near to Robertson Airport.