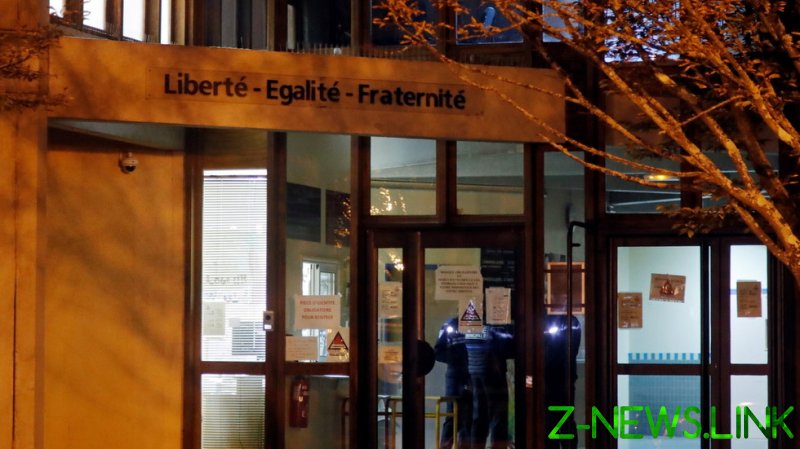 Five more people were taken into custody after the raid, according to unconfirmed French media reports. Among them is the suspect’s father and several people who were involved in a row with the victim, a school teacher, which allegedly triggered the crime.

The perpetrator, who attacked the teacher on Friday afternoon while allegedly shouting “Allahu Akbar,” or “God is greater,” was later confronted and killed by police in nearby Eragny. The teacher was stabbed in the throat or “decapitated,” according to French media.

French authorities have not yet officially confirmed the perpetrator’s identity. However, multiple outlets, citing unnamed sources and social media, have identified him as an “ethnic Chechen” allegedly born in Moscow in 2002 and brought to France as a child. The Russian embassy in Paris has requested information about the alleged perpetrator from the French government on Friday evening, but has not yet received a response.

The brutal attack was reportedly motivated by the teacher showing a cartoon of the Muslim Prophet Mohammed to the students, as part of a lecture on free speech. Islam considers visual depictions of the prophet to be blasphemy punishable by death.

Speaking in the commune on Friday evening, President Macron called the attack an act of “Islamist terrorism” and said it was aimed at the French Republic itself and its Enlightenment values. He urged the people of France to stand together, because the terrorists want them divided.

“They shall not pass,” Macron said.