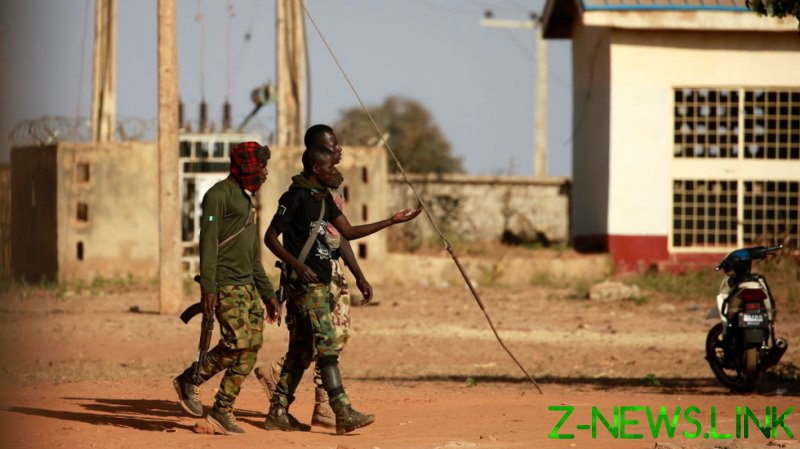 The 344 students were released to authorities on Thursday and are set to be transported back to the state capital of Katsina City in northern Nigeria, Governor Aminu Masari told state media in a televised interview. Officials said the students were in good condition, but they have yet to receive a full medical check.

“At the moment, 344 of the students have been released and handed over to the security operatives. I think we can say at least we have recovered most of the boys, if not all of them,” Masari said.

Photos purporting to show the boys after their release have circulated online.

It was not immediately clear if all of the students abducted last week had been freed, however, with AFP citing a security source who noted some of the boys remained with their captors. A local newspaper, the Daily Trust, also reported that school records showed that more than 500 students were missing after the December 11 attack, for which Boko Haram has claimed responsibility. Hours before the governor’s announcement, the group released a video alleged to show some of the abductees.

It also remains unknown whether a ransom was paid to secure the boys’ release, as few details about the negotiations have emerged.

After they are taken to Katsina City, the boys will reunite with their families, undergo medical checks and meet with President Muhammadu Buhari, government officials said. In a pair of tweets later on Thursday night, Buhari said the students’ release was a “huge relief to the entire country,” hailing Governor Masari and the country’s police and intelligence agencies for the rescue effort.

The kidnapping last Friday at the Government Science Secondary School followed a spate of similar abductions by bandits and local armed groups in recent years, with Boko Haram claiming responsibility for the 2014 kidnapping of more than 270 schoolgirls in northeastern Nigeria, among others. The country has also been wracked by violence involving the militant factions, seeing some 8,000 killed in attacks and sporadic fighting since 2011, according to the International Crisis Group.