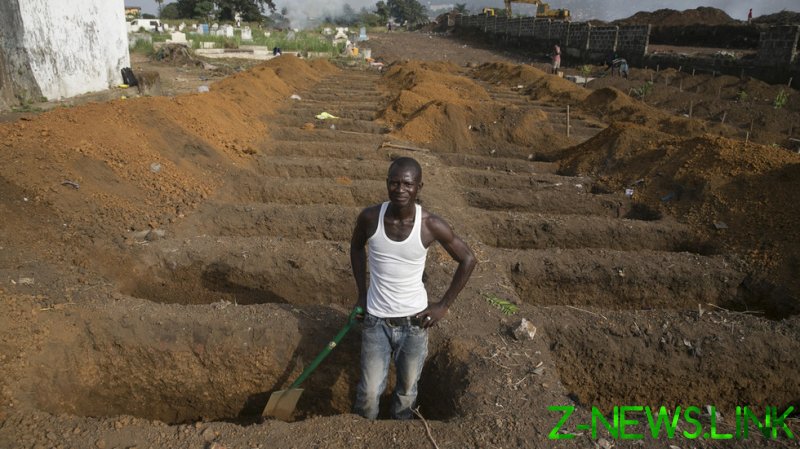 Multiple cases of the plague were identified in the Biringi area of Ituri Province in northeastern DR Congo between November 15 and December 13, Anne Laudisoit of New York-based NGO, Ecohealth Alliance, told AFP.

At least 520 people have become ill and “more than 31” of them have died, Ituri Health Minister Patrick Karamura told the outlet.

The vast majority of cases involved bubonic plague, with the exception of five instances of pneumonic plague and two instances of septicemic plague, which occur when the disease spreads to the lungs or blood, respectively.

Younger people were most affected, with the average age of patients being only 13. Among those infected was a three-month-old baby, according to Laudisoit.

The plague, which is caused by Yersinia pestis bacterium, is endemic to the province where it was first confirmed in 1926. Outbreaks occur regularly, with the World Health Organization (WHO) also issuing an alert over spiking cases of the disease in Ituri’s Rethy region in July last year.

The latest outbreak began with mass deaths among rats, which had been infected by germ-carrying fleas in their fur. Those fleas then started to look for new hosts and shifted onto humans, infecting them through their bites.

Bubonic plague is the most common form of the disease, which occurs after the bacillus travels through the blood and attacks the nearest lymph node. Those swollen and painful lymph nodes that can sometimes break open are known as ‘buboes’. Other symptoms include fever, headaches and vomiting.

The so-called Black Death, which according to various estimates killed between a third and a half of Europe’s population in the mid-14th century, while also heavily hitting North Africa and Asia, was the largest pandemic in human history and was caused by bubonic plague.

The fearsome disease is now curable with several types of antibiotics. However, without proper treatment, the plague can cause death in between 30 to 90 percent of those infected.

However, getting proper medical attention in DR Congo is often difficult as its health system suffers from lack of funding and is hampered by the activity of various militant groups. Besides the plague, the Central African country is also challenged by episodic Ebola outbreaks, malaria, cholera, HIV and other diseases.