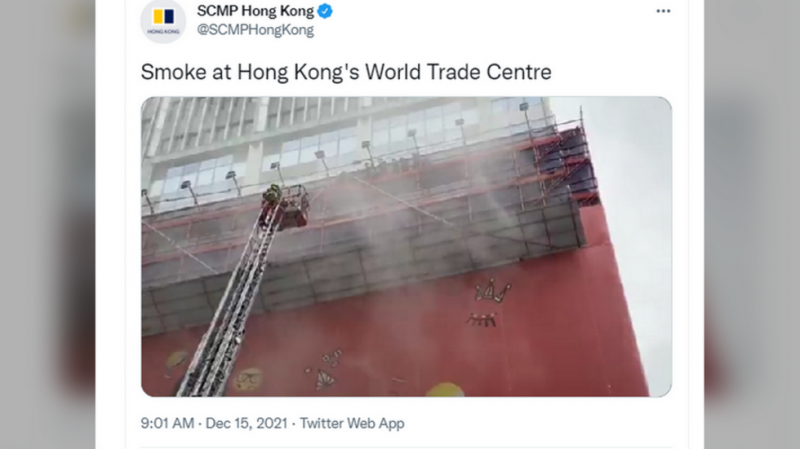 The South China Morning Post reported that more than 300 people, including shoppers and restaurant-goers, were trapped on the rooftop.

A number of people have been transported from the scene. Local media quoted police as saying that at least one patient was hospitalized with smoke inhalation.

Preliminary investigation suggested that the fire broke out in scaffolding covering the building, after which the smoke spread into the shopping center and some of its staircases, police said, as cited by the South China Morning Post.