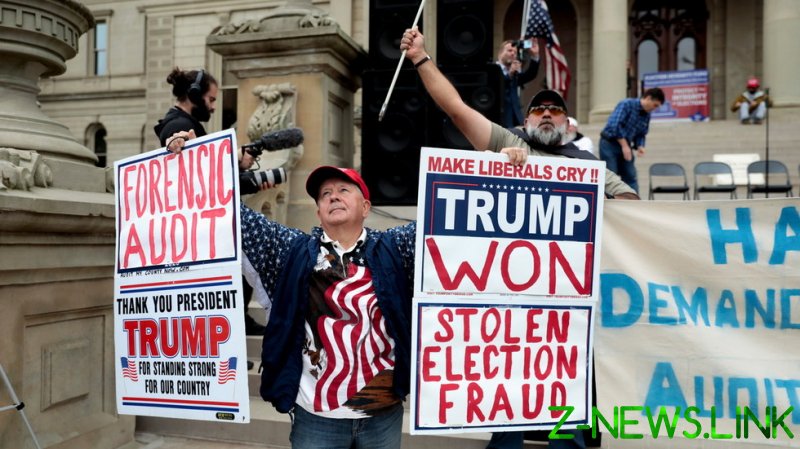 On Sunday’s ‘Meet the Press’, host Chuck Todd focused on a recent Atlantic article declaring that Donald Trump’s “coup has already begun” for a segment, finding Heileman in total agreement with the statement with the piece’s premise.

“There is this research that shows something like 8% and maybe up to 12% who say that Joe Biden was illegitimate and that violence is a suitable tool to remove him and restore Donald Trump. This represents between 20 and 30 million people,” Heilemann said, claiming these supposed “20 to 30 million people” are ready to “take up arms.”

These Trump supporters, he added, represent a “mass movement in favor of political violence.”

In the Atlantic article, by Barton Gellman, it is argued that Trump’s “coup” will “rely on subversion more than violence” and the January 6 Capitol riot is described as “practice” for the former president. Gellman claims political maneuvering by Trump and his supporters and putting the right supporters in the right positions nationally and locally could lead to a 2024 presidential election that is not decided by ballots.

Gellman’s ‘prediction’ had already faced some scrutiny from people chalking it up as hyperbolic partisanship, and Heilemann’s declaration that tens of millions are waiting in the wings to “take up arms” was met with some eye rolls and criticism against MSNBC for airing such “irresponsible journalism.”

“Too much of our news has become PANIC TV to get you fearful and grab your attention. It’s irresponsible,” author Daniel Darling added.