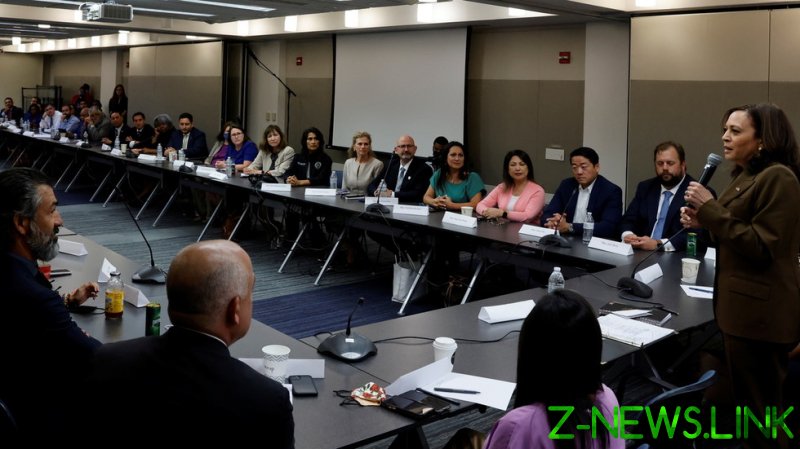 Texas House Democratic Caucus Leadership announced that one of their members found out they tested positive for Covid-19 on Friday evening, and two others received positive tests on Saturday. They will now be required to isolate for 10 days and then be retested. All of those infected have been vaccinated. Only one had mild symptoms, according to the caucus, while the other two had none. ‘

Texas House Democrats gained national attention when they ‘fled’ their state to protest a bill that would tighten voting regulations by strengthening voter ID requirements and banning drive thru and overnight early voting.

As is the case with freshly-introduced voting bills in other states, conservative activists have mainly supported Texas tightening its voting requirements, while liberal lawmakers and commentators have claimed new laws are meant to restrict voting rights.

Following the announcement that three of 60 Democrats who left Texas had Covid-19, many pointed to a selfie group photo on a private charter plane where no one appears to be wearing masks. Although The Centers for Disease Control and Prevention (CDC) mandates that masks must be worn on all public transportation, regardless of travellers’ vaccination status, the rule does not apply to private planes.

Nevertheless, the photo drew a torrent of mockery from conservative pundits, who used it to note the apparent discrepancy between many Democrats’ continued fear of Covid-19 spreading and the Texan lawmakers’ lack of extra-precaution while travelling.

“Laws – like masking on a plane – exist for a reason,” Washington Free Beacon reporter Joe Simonson tweeted.  “Very disturbed by this reckless behavior, which happened in the process of subverting democracy. Everyone remember the day July 12.”

Making matters worse is the fact that many of the Texas Democrats who made the trip to DC and posted maskless photos had previously been critical of ‘superspreader’ events and Texas lifting its mask mandate.

One of the Democrat travellers, Rep. Vikki Goodwin, even drafted a letter to Republican Gov. Greg Abbot, urging him to keep the state’s mask mandate in place, as it is a simple measure “proven to prevent the spread of the virus.”

The names of the three Democrats infected have not been released.

While in DC, the group of Texas lawmakers conducted multiple high profile meetings, capitalizing on their media attention for becoming the center of the debate of election integrity. Texas Democrats met with Vice President Kamala Harris earlier this week, as well as Democrat Sens. Elizabeth Warren, Joe Manchin, and Kirsten Gillibrand.