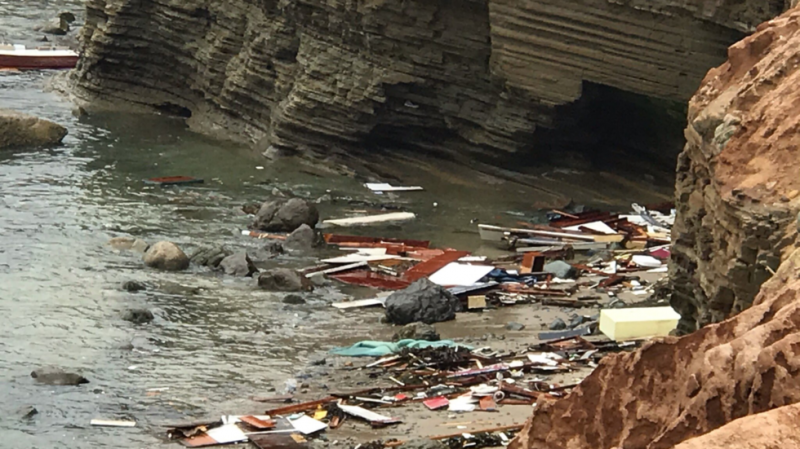 The first distress call was received around 10am local time (5pm GMT), resulting in a massive multi-agency rescue operation, including the US Coast Guard, San Diego Fire and Police Departments, Harbor PD, and even Park Rangers. However, by the time rescuers arrived, the 40-foot (12-meter) vessel involved in the accident was already torn to pieces after hitting a reef just off the Cabrillo National Monument shore.

Three people were confirmed dead, while seven were rescued from the water and a total of 27 were transported to local hospitals. Authorities believe there were “around 30” people on board the vessel, and most of them managed to make it to shore on their own.

“Every indication, from our perspective, is that this was a smuggling vessel used to smuggle migrants into the United States illegally,” said Jeff Stephenson, San Diego sector supervisor and border patrol agent, noting a recent increase in sea smuggling operations.

The captain of the vessel was detained and being questioned, but his identity and nationality of the victims were not immediately known. Meanwhile authorities released several photos of the wreckage, while a witness shared a dramatic video showing the aftermath of the tragedy.