Home / WORLD / 3 killed after man opens fire inside GUN STORE in New Orleans, gets neutralized by other customers

3 killed after man opens fire inside GUN STORE in New Orleans, gets neutralized by other customers 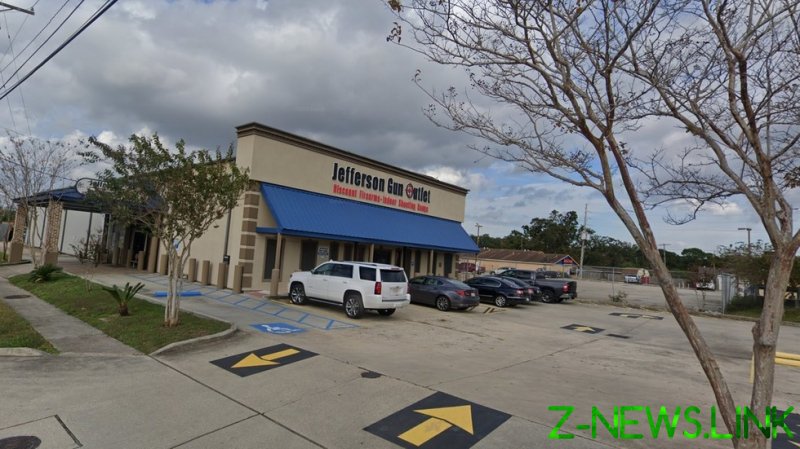 The incident took place at the Jefferson Gun Outlet – a firearms store and a shooting range – in Metairie, Louisiana, around 3pm, resulting in at least three deaths.

According to local media reports, the shooting happened after a clerk scolded one of the customers for carrying a loaded gun outside of the shooting range quarters. The altercation escalated into a firefight, with several other customers joining the spat in an attempt to neutralize the suspect.

The Jefferson Parish Sheriff’s Office confirmed that the suspect is one of the three people pronounced dead at the scene. Two more people injured in the shootout were rushed to a hospital, but are thought to be in stable condition.

Police believe the suspect opened fire first, killing two people inside the store, but details of the skirmish remain scarce while authorities are investigating the crime scene.