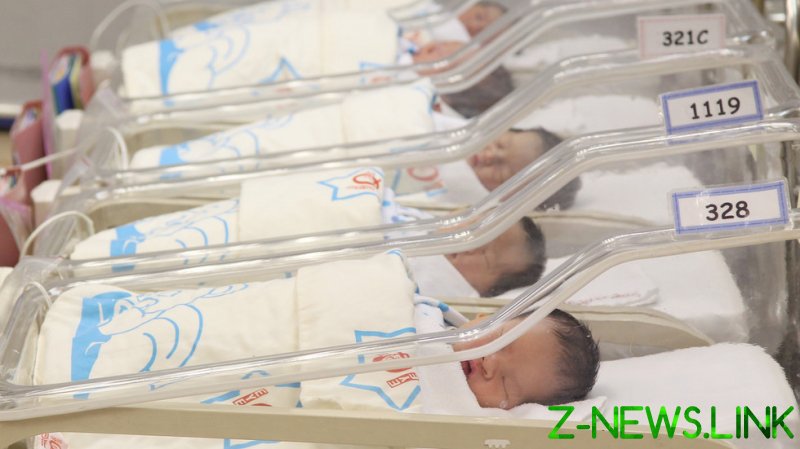 Beijing should pay close attention to the fact that the country’s birth rate is declining, while its population is aging fast, the researchers argued. The research, which was published this week by China’s central bank as part of its working paper series, suggests that the country’s main economic rival, the US, is undergoing “favorable changes” in working population rates, largely through mass immigration.

Based on statistics and forecasts by the United Nations – which might even overestimate China’s fertility rate, according to the researchers – the report suggests that in the next three decades, China’s population will decrease by some 32 million people. At the same time, US may add 50 million people to its population by 2050.

Furthermore, the researchers warned that China’s labor force figures to shrink, while the US will see an expansion. And unlike China, the US will have the benefit of “skilled immigration.”

While China had 70.6% of its population in the labor force as of 2019, compared with the US rate of 65.2%, that advantage is predicted to drop to 3.2 percentage points from 5.4 percentage points by 2035, the paper said. By 2050, the US will swing to a 1.3 percentage-point advantage over China in labor-force rate, the authors predicted, adding:

China’s population is projected to reach its peak in 2030, with 1.46 billion people, but will drop to 1.4 billion in 2050, the researchers said, adding that the proportion of elderly people will continue to grow. They also warned that another economic rival, India, will soon have more working hands, as it’s predicted to surpass China and become the world’s most populous country around 2027.

The authors argued that China’s government must quickly change its family-planning policies: “Our country must clearly recognize the changes in the situation… firmly seize the precious time window, change concepts, comprehensively implement policies, and respond effectively.” Beijing “must fully liberalize childbirth” allowing “three births and above,” the paper said.

In fact, women should be encouraged to have more babies, the researchers added, calling on both the government and society to create a “good reproductive environment,” improving childbirth, health care and school systems.

Earlier this year, China’s Ministry of Public Security released a report that said the number of newborns in the country plummeted by 15 percent in 2020 amid the Covid-19 pandemic and increasing economic uncertainty.

The world’s most populous nation has had restrictive child policies for decades. In 2013, the strict one-child policy was relaxed, with the state now allowing families to have two children at the most.