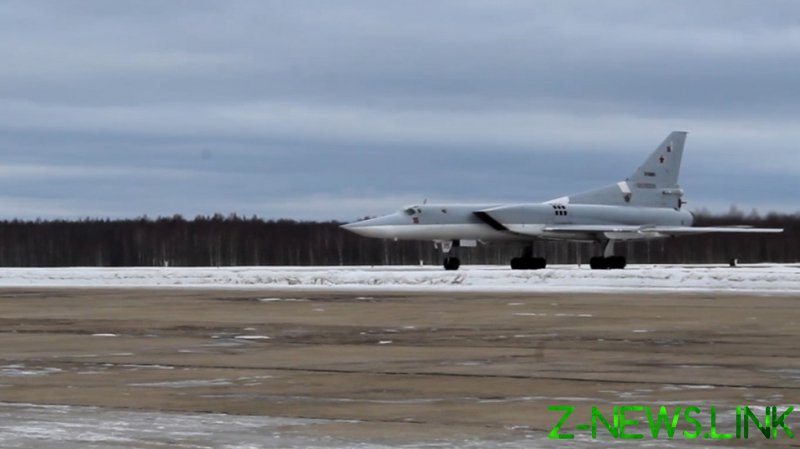 The deadly accident was reported by Russian media on Tuesday and confirmed by the Ministry of Defence shortly afterwards. The military aircraft’s ejection system activated during pre-flight preparations, sending three pilots to their deaths.

“The altitude has been too low for the parachutes to work, and three crew members have received fatal injuries when they landed,” the ministry said in a statement.

It was not immediately clear whether anyone else was harmed during the accident. Planes of the type usually have four crewmembers on board.

It also remains unknown whether the plane sustained any damage during the accident. While Russian media reports described it as a ‘crash,’ the defense ministry’s statement suggested the bomber had not gotten into the air at all.

The Tupolev-22M3 is a modern variant of the iconic Soviet-era strategic bomber, which has been in service since 1970s. The aircraft has been repeatedly modernized, with the latest makeover unveiled back in 2018 getting its own, M3M, designation. The latest variant of the jet boasts improved avionics, as well as digital navigation and comms equipment.

The Kaluga accident is the first major mishap involving a Tu-22M3 since January 2019. Back then, a bomber of the same type crashed in Murmansk Region during extremely bad weather. The plane literally snapped in half during its ill-fated landing attempt, exploding in flames and instantly killing three of its crew.