25 million Russians do not have enough money for meat 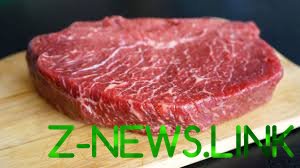 Every sixth citizen of Russia can not afford to buy meat to eat in accordance with the regulations of the Ministry of health. Such figures in an interview with “Vedomosti” cited Sergey Mikhailov, General Director of “Cherkizovo” – one of the country’s largest producers of pork and poultry.

According to him, 20-25 million Russians consume food below the recommended standards: not more than 50 kg of meat per person per year, compared to 73 kg, which is required, according to the Ministry of health.

This “vulnerable population”, and, unfortunately, their share will only grow, said Mikhailov. To help people could targeted food aid, one-time distribution of money, indexation of pensions and wages – the effect of such measures would be higher than support for agricultural producers, said a top Manager.

“For food producers and, in particular, meat difficult situation,” – said Mikhailov: product prices “have to raise” because they are tied to imports, which is expensive along with the growth of the dollar.

Percentage of the cost, directly or indirectly, depending on the value of the ruble, is 45%. “Most of the components necessary for the production of meat products, in some way connected with currency. First of all, this grain, as well as vitamins, amino acids, premixes, soybean, soybean meal, oil, etc. the Government promptly imposed a quota on grain exports that helped a little to stem the increase in grain prices compared to last year. But they still increased from 11 to 15 rubles per kilogram,” – said Mikhailov.

Usually any more expensive partly in the end is on the consumer, there are no other options, he says: “But in this case, to do it quickly will not work, because the situation is complicated by the fact that now the income of consumers has fallen dramatically. Russians are a large proportion of their funds – 35-40% – is spent on food”.

According to Rosstat, in April, retail sales in Russia fell by 23%, and unlike the U.S. and Europe, sank not just non-food retail, but the cost of food (9.3%).

Left without earnings and government assistance, people were forced again to “tighten the belt”, and never recovered from lasted 5 consecutive years of falling living standards.

The support measures announced by the government and the President, look meager compared to the scale of the crisis in purses: an aid package of April and beginning of may covers only one-tenth of the population lost money (2.2 percentage points).

In may the authorities announced additional funding for 250,3 billion, including spaceplace social workers, increased allowances for child care (up to 6751 ruble), child benefits (5-10 thousand), tax refunds self-employed (on average, 3 thousand rubles per person) and raising the minimum unemployment benefit up to 4.5 thousand rubles.

These measures compensate for less 1.6 percentage points from the dropped income. At the end of the year the people are poorer in real terms of 8.2-12.1% and will be dropped in terms of life in 2008, predicts the HSE.