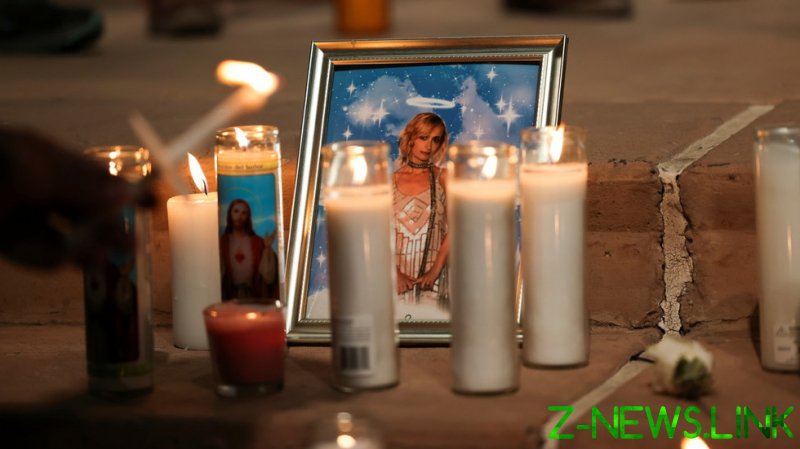 Hannah Gutierrez-Reed, 24, was working her second production as head armorer when actor and producer Baldwin accidentally shot dead the film’s director of photography, Halyna Hutchins, and wounded director Joel Souza. It was later revealed that Baldwin was assured by his assistant director that the gun was “cold,” or safe to use, moments before he pulled the trigger.

A new report has suggested that while the young woman responsible for the prop firearms on the set was the daughter of a famed Hollywood prop master, she had a small, but already alarming track record.

“She was a bit careless with the guns, waving it around every now and again,” a source, who worked with Gutierrez-Reed on the upcoming Nicolas Cage flick ‘The Old Way’, told the Daily Beast. “There were a couple times she was loading the blanks and doing it in a fashion that we thought was unsafe.”

Another unnamed crew member said considerably less attention had been paid to gun safety on ‘The Old Way’ set compared to his previous movies.

The most alarming incident, which was mentioned by both sources, occurred when Gutierrez-Reed allegedly handed a gun that wasn’t properly checked to 11-year-old child actress Ryan Kiera Armstrong.

“She was reloading the gun on the ground, where there were pebbles and stuff. We didn’t see her check it, we didn’t know if something got in the barrel or not,” another source claimed.

The young armorer allegedly continued working in the same fashion on ‘Rust’, as an unnamed member of the team told the Daily Beast that there were at least two incidents of guns being accidentally discharged on the set before the fatal shooting on Thursday. The source described Gutierrez-Reed as “inexperienced and green.”

However, prop master Jeffrey W. Crow, who was Gutierrez-Reed’s supervisor on ‘The Old Way’, defended his colleague, saying she was “an exceptionally young, up-and-coming, very eager and talented armorer.”

“She was without a lot of experience, but coming from her family lineage, I thought she was exceptional, professional,” Crow told the LA Times.

“Working with Hannah, I’m surprised that any of this happened under her watch,” he added.

Members of the ‘Rust’ crew who talked to the Daily Beast also blamed assistant director Dave Halls for the fatal incident. They said it was his job to verify if the gun was “cold” or “hot,” but he allegedly handed the weapon to Baldwin without checking it.

“This check alone should’ve prevented this incident,” one of the sources pointed out.

“He’s supposed to be our last line of defense and he failed us,” another crew member said of Halls. “He’s the last person that’s supposed to look at that firearm.”

The police are currently investigating the fatal incident, which happened at the Bonanza Creek Ranch outside Santa Fe. No charges have been brought yet.

The production of ‘Rust’ had been reportedly plagued by various issues from the start due to the film’s low budget and constant cost-cutting measures. The crew allegedly complained about long hours, the lengthy drive from Albuquerque to the set, and delays in getting their paychecks.

Poor safety standards were also a reason for concern, with a source telling the LA Times that the production didn’t carry out any investigation after the prop gun was accidentally discharged in an earlier incident on set last Saturday. “There was no assurance that it wouldn’t happen again. All they wanted to do was rush, rush, rush,” he said.