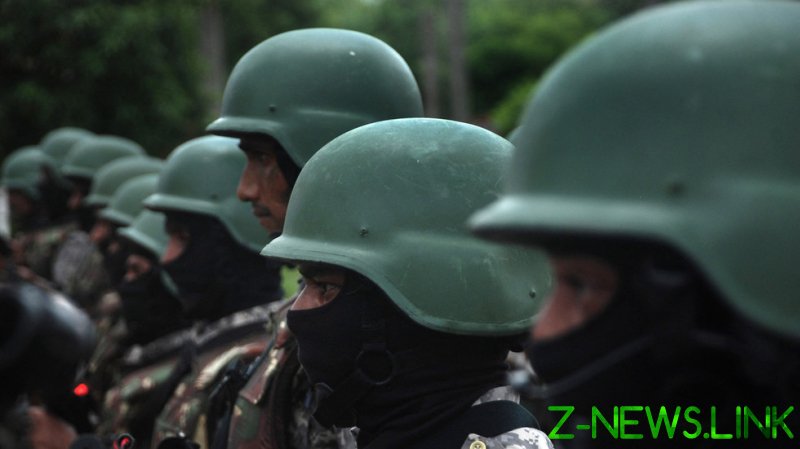 The battle in India’s central Chhattisgarh state has left 22 security personnel dead and 31 wounded, according to police. The Times of India (TOI) newspaper, meanwhile, reported that 32 were injured and one officer was missing following the firefight.

According to the TOI, more than 2,000 officers went on an anti-Maoist raid on Friday night. The government force included elite CoBRA jungle warfare unit, which is part of the police.

News agency PTI said that one unit patrolling the area was later ambushed by one of Maoist groups. The fight is reported to have lasted for hours.

Indian Prime Minister Narendra Modi wrote on social media on Saturday that the slain officers “will never be forgotten.”

Home Affairs Minister Amit Shah wrote that the government will continue the fight against the “enemies of peace and progress.”

Left-wing guerrilla groups have been active in India since the 1960s, attacking security personnel and carrying out acts of sabotage. Last month, they bombed a police bus in Chhattisgarh, killing five officers.

In March 2020, 17 officers were killed in an ambush while conducting an anti-Maoist patrol in the state’s Sukma District.

In December 2020, the Chhattisgarh government reported that 216 Maoist fighters were killed in the state over the course of three years, and 966 surrendered.