Home / WORLD / 2020 has been a year of classic Boris Johnson buffoonery. Here’s what his bluster really meant

2020 has been a year of classic Boris Johnson buffoonery. Here’s what his bluster really meant 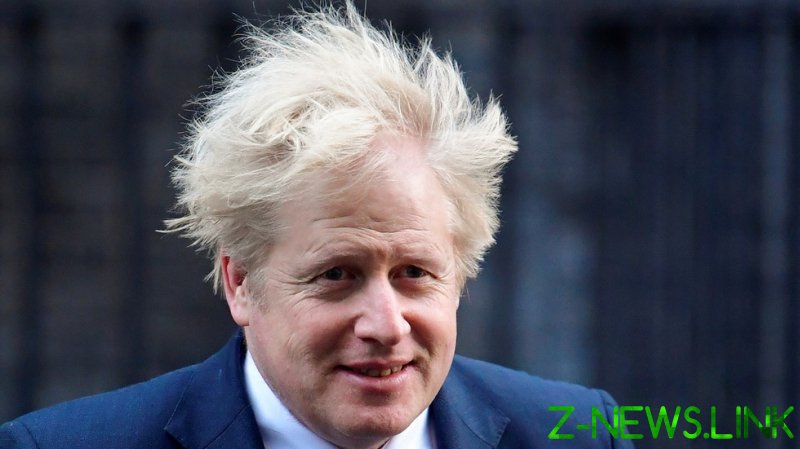 Boris Johnson is mildly obsessed with Winston Churchill. And they do actually have a fair few things in common. They both went to the poshest of posh English public schools (Churchill to Harrow, Johnson to Eton), they were both journalists famed for their witty turn of phrase, and both have been tenants at 10 Downing Street.

Oh, and they were both citizens of the USA. Churchill’s mother was born in Brooklyn and he became America’s first honorary citizen in 1963, while BoJo was born in New York City and held an American passport until Uncle Sam’s taxman came calling.

But that, pretty much, is where the similarities end, although BoJo would dearly love to be seen as an heir to Britain’s great wartime leader and a similar man of destiny.

The problem with BoJo is that he’s a peacetime political pygmy, not a wartime giant, and, unlike Churchill, far more prone to pantomime than a Shakespearean soliloquy. So, seeing as us Brits have been denied our traditional Christmas panto this year due to Covid-19, we give you the best – or worst – of Boris’s bluster in 2020 (plus a translation from BoJo babble to English…)

1: ‘Brexit day,’ the day the UK officially ‘left’ the European Union (except not really, as there were still a transitional 11 months to go): January 31.

This is a moment when the dawn breaks and the curtain goes up on a new act in our great national drama.

Translation: Here goes another year of lack of clarity and turmoil, and we still don’t really know what’s going to happen, but I just can’t resist spinning a cute little phrase. Is that curtain going up on a classic or a farce? Let’s see how the year unfolds.

2: A press conference about coronavirus: March 3.

“I was at a hospital the other night where I think there were actually a few coronavirus patients, and I shook hands with everybody, you’ll be pleased to know, and I continue to shake hands.”

Translation: I am not taking this seriously and couldn’t be bothered to read my briefing on the virus which, like all viruses, one is advised to avoid catching by not coming too close to other people. Pretty soon I’ll be in intensive care with Covid-19 myself.

“The reasons we advise you to do that is really that this will help us delay and flatten the peaks – squash that sombrero – that you saw on the map because that is the way to minimise the suffering and minimise the impact.”

Translation: I am looking at a graph that shows a curve in which people will get ill and some will die, yet I simply cannot just use the standard ‘flatten the curve’ term because, well, it looks a bit like a hat to me. I just can’t resist a pithy phrase when it pops into my mind. I’ve been like this since Eton, old chap.

4: On a conference call about making ventilators with British manufacturers: March 17.

With the NHS urgently needing 20,000 more ventilators to stop Covid victims drowning in their own phlegm, BoJo jokingly rallied more than 60 companies to join what he called “Operation Last Gasp” to get the job done. When asked later if that was an appropriate phrase, he replied: “I think what I want and what all businesses want, to explain what I was saying, is an end to suffering. And that is why they are [going to be] working incredibly hard in the next few weeks.”

Translation: Even when people are going to die, I cannot resist acting like the class clown at my very posh public school. Bugger, I rather shot myself in the foot there. Again.

5: After leaving hospital following a spell in intensive care with Covid-19: April 12.

“It’s hard to find the words to express my debt… I want to pay my own thanks to the utterly brilliant doctors, leaders in their fields, men and women – but several of them, for some reason, called Nick – who took some crucial decisions a few days ago for which I will be grateful for the rest of my life.”

Translation: A cute little witty phrase doesn’t really seem so cute or witty when you nearly died from Covid-19. But still, I couldn’t resist the ‘Nick’ thing.

6: On becoming a dad again at the age of 55 and helping care for his newborn son, Wilfred, with his partner Carrie Symonds, 32. Wilfred was born on April 29.

According to Boris, his son was “in great shape… I’ve changed a lot of nappies, I want you to know.”

Translation: I have been down this road plenty of times before – Wilfred is at least my sixth child, even though he’s Carrie’s first.

7: Defending chief aide and election victory architect Dominic Cummings after he was caught breaking the lockdown rules he helped devise: May 24.

In every respect, he has acted responsibly, legally and with integrity.

Translation: I am only PM because of Dom (and the fact Jeremy Corbyn was unelectable), plus I’m super-loyal to my favourite chums. But then, in November, silly Dom picked a fight with Carrie and our dog Dilyn, and he was never going to win that one. Toodlepip, Dom.

8: Responding to reports of attacks on a Winston Churchill statue in Whitehall during a Black Lives Matter protest:June 15.

“I will resist with every breath in my body any attempt to remove that statue from Parliament Square… I am also extremely dubious about the growing campaign to edit or Photoshop the entire cultural landscape. If we start purging the record and removing the images of all but those whose attitudes conform to our own, we are engaged in a great lie, a distortion of our history, like some public figure furtively trying to make themselves look better by editing their own Wikipedia entry.”

9: In a statement to MPs that Covid restrictions could last, well, ages: September 22.

“I think everybody in this House wants to see the people of this country and to help the people in this country to obey the law of the land and to get the virus done and that is the objective of this government.”

Translation: It is nearly a year since I won the election with the slogan “Get Brexit done”. Now it’s “Get the virus done”. Get it?

10: On news that a vaccine is on the way, but with a warning that Christmas is going to be tough: November 23.

Translation: Unlike Churchill, who was a journalist in the Boer War when wars really were still fought on horseback, I have never actually heard this sound other than on films. But one would have to be jolly careful, wouldn’t one?

11: On deadlocked trade deal negotiations with the EU, speaking during a visit to Blyth, Northumberland: December 11.

“We’re hopeful progress can be made, but I’ve got to tell you that, from where I stand now, here in Blyth, it is looking very, very likely that we will have to go for a solution that I think would be wonderful for the UK, and we’d be able to do exactly what we want from January. It obviously would be different from what we’d set out to achieve, but I have no doubt this country can get ready and, as I say, come out on World Trade terms.”

Translation: Bluster. Piffle and paffle. Plenty people fear it, but not many actually believe that the UK will crash out of the EU without a deal. Pretty much everyone who has followed EU negotiations over the years knows it will come down to the wire and a deal will be done in the end. It’s brinkmanship and all jolly well part of the fun and games.

12: Announcing that a Brexit deal has finally been done: December 24.

That’s the good news from Brussels – now for the sprouts.

Translation: I’m not exactly sure what “jot and tittle” means, but it sounds good. There was always going to be a deal. Did you get the joke about Brussels sprouts, a cornerstone of every Christmas dinner alongside the turkey and gravy? Merry Crimbo, chaps and chapesses!