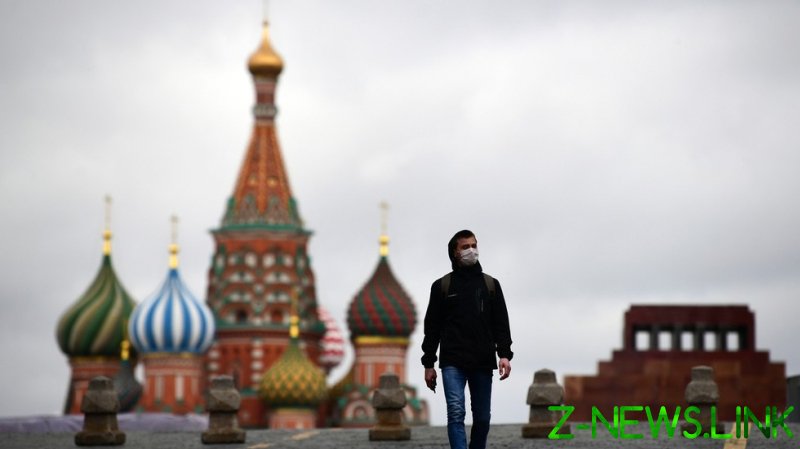 Rosstat, the country’s statistical authority, announced on Friday that 37,107 people had died while infected with the coronavirus in January, putting the overall official number of dead at 200,432 and potentially giving the country the third-highest total death toll in the world after the US and Brazil. However, when measured on a per capita basis, the world’s largest country has seen lower mortality rates than other European nations like the UK, Italy and France.

The data is broken down in terms of how clearly the fatalities can be attributed to the virus. For 21,511 people, Covid-19 was the main cause of death, while in another 2,388 it had a significant impact on the fatal complications of a separate condition. A further 8,427 people were said to have died while infected, but without the virus playing a significant role.

The monthly count represents a decrease from the record high of 44,435 reported in December last year, and the overall number of cases has consistently declined since its peak last summer.

Earlier on Friday, Deputy Prime Minister Tatyana Golikova told journalists that the pandemic is on the wane in Russia.

“Today,” Golikova said, “the incidence rate is 7.5 per 100,000 people in Russia, and this is one of the lowest rates it has been.” However, she urged the public to comply with measures such as the wearing of masks and gloves, as ordered by public health chiefs.

In January, Moscow Mayor Sergey Sobyanin relaxed rules that forced bars, restaurants and clubs to close at 11 p.m. Justifying the decision, Sobyanin said that “the situation with the spread of coronavirus infection continues to improve. During the past week, the number of new infections did not exceed two or three thousand per day. The number of hospitalized people dropped by another thousand. In coronavirus hospitals, more than 50 percent of beds are free for the first time since mid-June last year.”

“The pandemic is on the decline,” he added, “and in these conditions, our duty is to create conditions for the fastest-possible economic recovery, primarily in the most affected sectors of the consumer market.”

President Vladimir Putin ordered the start of a program of mass vaccination at the end of last year, using two domestically-made jabs, including Sputnik V. The formula made headlines in August when it became the first jab against Covid-19 to be registered anywhere in the world.

Earlier this week, Golikova announced that, if the current rate of vaccination is maintained, “the country will achieve collective immunity in August 2021.”

However, Western media and some international analysts have slammed the Russian government for an allegedly disorganized response to managing the spread of the virus.