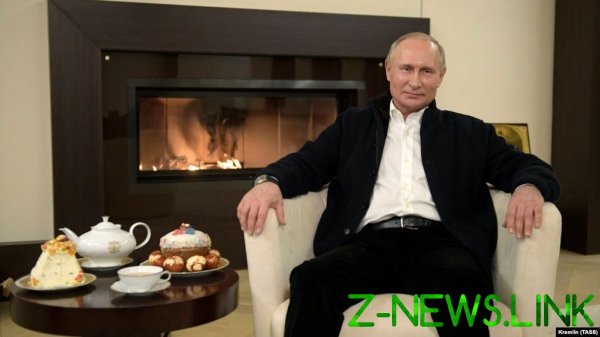 Twenty years ago the first inauguration of Vladimir Putin as President. According to the survey “Levada-center”, the approval rating of Putin has fallen to historic lows. Radio Liberty spoke with experts about why the Russians have less to endorse the work of the President and what for all these years, he was able to lead the country.

The politician Leonid Gozman acknowledged that twenty years ago he never imagined that it would get this far. He perceived Vladimir Putin as the man appointed by Boris Yeltsin, who Gozman believed their President. This selection policy is not liked, because Putin was a KGB officer. Gozman then had a long discussion with his wife, whether they will go to vote, and decided that voting for a KGB officer and they can’t. At the same time, he thought it a perfectly reasonable choice as a real alternative was the tandem “Luzhkov – Primakov”. So reluctantly Gozman agreed with the choice of Yeltsin, although he was not personally support. But then he could not imagine what will happen in the next two decades.

– He has led our country to a complete collapse, that is obvious, – says Leonid Gozman. – To the collapse of the economic, moral – on all lines, wherever you look, in fact, collapse. I didn’t think that far. I must admit that even when he began to show itself in the exact KGB as I was expecting from the beginning, I didn’t think that he will bring the situation to such a catastrophe. I was amazed when he suddenly began to struggle with 90-mi years, when he began to struggle with the liberals, the “fifth column” and so on. I did not expect the capture of the Crimea. It seemed to me that it is absolutely impossible. I didn’t expect adventures in the Donbass, the war in Syria. To his credit, was surprised.

Now the approval rating of President Vladimir Putin have fallen to a historic low. The President’s activity approve, 59 percent of respondents. Last the lowest rate – 61 percent – was recorded in the fall of 2013.

The Director of “Levada-center” Lev Gudkov told Radio Svoboda that the approval and support of the President decline for several years, starting approximately August 2018, when he signed the bill on pension reform.

– Indeed, this is one of the lowest points of popularity, says Lev Gudkov. – Previous same low figure was at the end of 2013, amid some frustration in the mass protests of 2011-12, Putin and fatigue. Then, 47 percent said they would not want to see him in the next presidential term, and 60 more said tired of waiting for Putin to implement its programmes, promises and so on. Today it seems that we are coming around to the same state.

The sociologist suggests that the epidemic of the coronavirus will only worsen the condition. A lot of people either lose jobs or lose confidence, because small and medium businesses were in a very difficult situation. Growing debts, people have nothing to pay off the loan to spend on everyday needs and all this is the cause of diffuse growth of irritation. 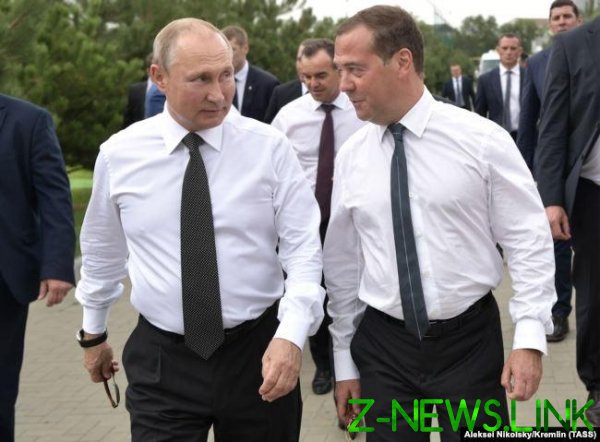 – The most important thing in tandem “Putin – Medvedev” all the complaints were passed on to Medvedev, and Putin was like outside criticism, and today there is no such mechanism, – said Gudkov. And the formulation “the Tsar is good, but the boyars are bad” today. Accordingly, there is a growing dissatisfaction, irritation in relation to Putin. Eroded base, a solid Foundation of supporters. When we ask people to name five or six politicians whom they trust, this issue shows just hard core like Putin’s supporters, and here is the kernel exactly the same for the last 2-2,5 years has halved from 58 per cent to the current 28.

The sociologist noted that other politicians have no significant growth of popularity.

– The political field has long been scorched, and in addition to Putin, there are virtually no other pieces. If you don’t count the two Ministers, but they are not like politicians, they are technical executors of the will of Putin – is Shoigu and Lavrov. The rest, in General, the old leaders, such as Zhirinovsky or Zyuganov, remain roughly on the same level, from 9 to 11 percent. The only slightly increased the popularity of Bulk, but it is within the statistical error. And so, the new policy does not appear because the information field is completely under the control of the Kremlin administration, and then simply can not receive new names. Social networks do not give new leaders. 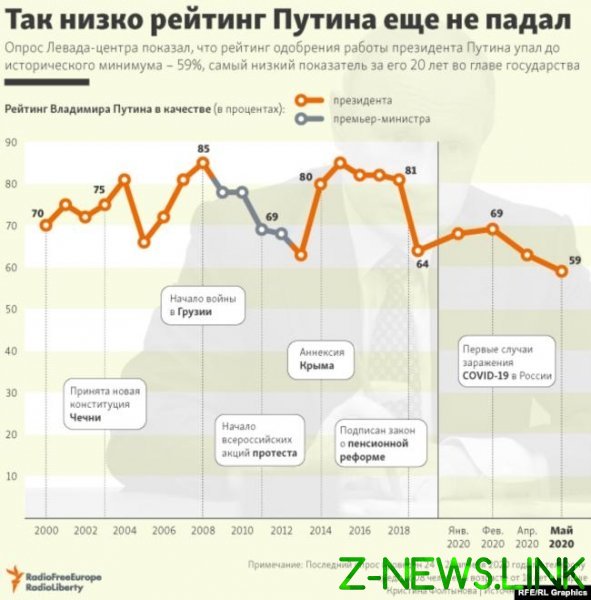 “Levada-center” conducted the survey between 24 and 27 April. It was attended by 1608 people aged 18 years. Because of the epidemic COVID-19 the poll was conducted remotely. According to sociologists, these data cannot be compared with the results obtained after personal interviews, as in telephone interviews, respondents give a more conformist answers.

– A personal interview is longer, and it installs some psychological contact and understanding. A phone survey seldom lasts more than 15-20 minutes, otherwise people will hang up and refuse to answer. Personal interview lasts 45 minutes or an hour, and during this time the Respondent is included in the scope of the survey. Slightly weakens this initial wariness, the usual for the Soviet people, for the Russian person, especially if it concerns such subjects as the attitude of the government and others. Therefore, a personal interview is not a street survey, the interviewers ask the people in the apartments – there is, as a rule, people speak more openly and more critically. So our regular surveys give always more candid, more critical than the telephone. In telephone surveys, people generally are not very engaged in the situation of the interview, more alert, and therefore gives a more conformist, more loyal answers. We conducted parallel to those and other interviews: asking the same questions on the phone and in personal interviews. Typically, telephone surveys give approximately 4-7 percent of the more loyalist, positive with respect to power answers. This is the factor, if you like, fright, such social fear.

The politician Leonid Gozman, speaking about the attitude of Russians to the President, notes that Putin has ceased to conform to the image of “macho”, which was shown. And it started to cause frustration among the population.

– He pretended to be macho: photographs with a bare torso, on a submarine went down, the plane was flying, and so on. Besides, he had obligations to the population about standard of living, civil liberties, and so forth, he still had a psychological contract with a significant part of the population: “I’m so macho, and you owe me for this love”. And some time it worked, and then he ceased to be that macho. It happened when they announced the increase in the retirement age. It is important that he is absolutely wrong acted in this situation. If he went to the people and said, “Brothers, sisters, the situation is bad. For this reason, I accept this decision”, that would be fine. And he hid. When the decision was made, I heard a conversation of two aunts, who in appearance, obviously his supporters. One other says: “What is he a security officer? Security officers are brave! And he hid!” That’s what she thinks – it’s hard to imagine a more cowardly Department. That is, he disappointed them. The phenomenology of the relation to Putin – it was a disappointment in the beloved. A second blow is, of course, now that he hid in a bunker. The first days did not say anything. Then go to the link from his bunker and was carrying some kind of nonsense. About Jack London he was telling us about the fact that there will be a parade, who cares about the parade now? He behaved not so good man, a role which he played. 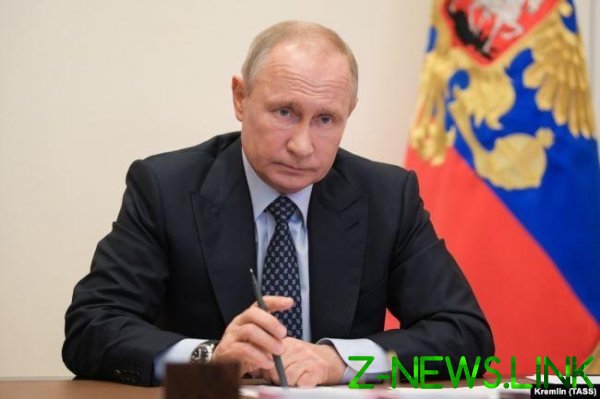 The politician said that many world leaders during a pandemic rating, by contrast, has risen.

– Rating of the Federal Chancellor of Germany Angela Merkel during the crisis, rose sharply, stared at the ceiling. And rating almost all the world’s leaders increased, and the rating of our falls. Because you have to talk to people, to speak on the case, it is necessary to make decisions. People need to see that you are, you’re working not Jack London read. Yesterday was another Putin’s address to us. You’ve been waiting for this appeal? I looked, even in the Internet there are almost no reviews about this treatment. Because no one is waiting for, because on those questions that concern all, it is not something that is not responsible, he doesn’t want to speak at all. Have Angela Merkel turns out, the Makron turns out, Boris Johnson turns out. Everyone turns, and he doesn’t.

Changes in the attitude of the population towards the activities of the President may affect the results of the vote on the amendments to the Constitution. The vote was to be held on April 22, but because of the pandemic coronavirus has been postponed to a later date. The politician said that shortly before the postponement of the election it was presented to the citizens as a referendum on trust to Vladimir Putin. Then tactics changed, and the amendments to the Constitution are advertised differently: you can see posters that say, for example, “the Annual indexation of pensions” or “Protect the memory of our ancestors”.

– I believe that part of our fellow citizens know what the vote – said Gozman. I think there’s a serious chance in the big cities greatly damage these guys mood. Month and a half ago I didn’t know if I will go to vote. And now I think that will go. Increase in the number of people who are talking about their intention to participate in the vote. I’m in this group. Now I know that I will vote and know that votes against it. This vote has no legal force, only moral and political. Legally it is generally not necessary. As I understand it, legally already in force the new Constitution. It is a question of beautiful candy wrappers. But if it fails, it will be a heavy blow to the legitimacy of the whole system. I don’t think it will fail completely. Voting takes place without observers, only the Public chamber. Without observers we would be the only method of control is the exit polls and monitoring of attendance. They will announce the results that they want to announce, but some people do not believe these results, they believe to the exit poll. I think it could be a heavy blow.