Home / WORLD / 20 years & not even a note?! US left Bagram Air Base in middle of the night without telling new Afghan commander – reports

20 years & not even a note?! US left Bagram Air Base in middle of the night without telling new Afghan commander – reports 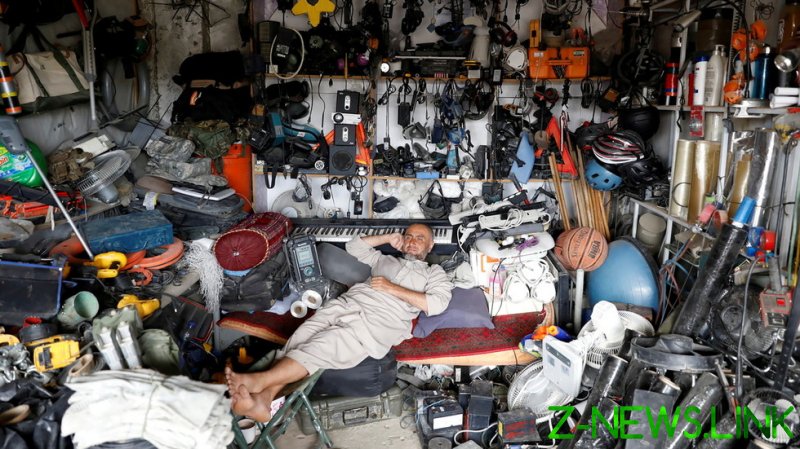 “We [heard] some rumor that the Americans had left Bagram… and finally by seven o’clock in the morning, we understood that it was confirmed,” the base’s new commander, Gen. Mir Asadullah Kohistani, told the Associated Press on Tuesday. The electricity had been shut off and the Americans gone for over two hours by the time the base’s new custodians arrived on Friday.

The Pentagon announced that day that they had left the largest airfield in the country, but appear to have given no warning to its next occupants. The White House said later on Friday that a final withdrawal of troops from the country would likely come by the “end of August.”

The rapid exit didn’t sit well with the Afghan soldiers who were left literally in the dark – but US military spokesman Col. Sonny Leggett insisted to those who complained that “the handover of the many bases” had been underway since President Joe Biden’s announcement in mid-April that the US was leaving the country. He said that the Americans “had coordinated their departures with Afghanistan’s leaders,” according to the AP.

The Afghans, however, begged to differ. The base was already being looted by the time the Afghan army drove from Kabul to the airfield, about an hour’s distance, according to Afghan officials, who claimed they surprised the bandits going through barracks and massive storage tents. One soldier, Abdul Raouf, who said he’d been fighting on the side of the government for 10 years, told the AP he initially thought the looters were Taliban. He said that US troops only called them from the airport in Kabul.

Despite the abrupt US departure, Gen. Kohistani insisted the Afghan military would be able to hold the base despite a surge of battlefield successes by the Taliban – to say nothing of 5,000 prisoners held at Bagram jail, most of them supposedly Taliban or associated, who would most likely not hesitate to fight against the military that had been keeping them locked up.

Many spent years in the prison based on tenuous allegations often made by accusers hoping to escape torture or imprisonment themselves. The facility was turned over to Afghans to operate in 2012; however, that does not change the fearsome association the name has for many still living nearby.

Opponents of the long-awaited US pullout claim that if Bagram prison is overrun, the Taliban will have a field day – never mind that more than one third of the country is already under their control, a portion that was growing before Washington announced its long-awaited withdrawal.

Meanwhile, US command have publicly stated they will be destroying or giving to the military the remaining American equipment so as not to allow it to fall into the hands of the Taliban or other militia groups, including IS (Islamic State, formerly ISIS/ISIL) and Al-Qaeda.

One Afghan soldier by the name of Naematullah told the AP the Americans had “lost all the good will of 20 years by leaving the way they did, in the night, without telling the Afghan soldiers who were outside patrolling the area.” Switching off the lights suddenly was “like a signal to the looters,” Raouf agreed.

The Americans didn’t quite leave ‘nothing’ behind, however. Gen. Kohistani on Monday showed journalists a facility “the size of a small city” that had been used exclusively by the US and NATO during the occupation. The ‘nothing’ left behind included 3.5 million small items, all neatly recorded by the US military, he said – “small items” even meaning doorknobs, window panes, ready-made meals, and other minutiae.

They also left cars and armored vehicles too large to carry – but with no keys to start them – and blew up the leftover ammunition for weapons not being left for the Afghan military.