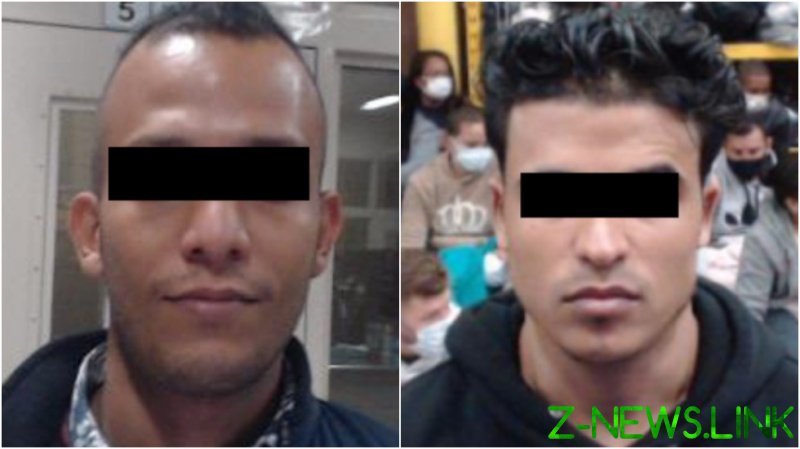 The two men, aged 33 and 26, were picked up by Customs and Border Protection (CBP) officers between January and March, the agency said in a statement on Monday. While it declined to name either Yemeni, CBP said they both are on the FBI’s terrorism list, as well as a separate no-fly registry.

“Part of the Border Patrol’s mission states we will protect the country from terrorists,” CBP Chief Patrol Agent Gregory Bovino said, adding that the arrests show “the importance of our mission and how we can never stop being vigilant in our everyday mission to protect this great country.”

Another official cited by the LA Times also noted that “encounters of known and suspected terrorists at our borders are very uncommon.”

Arrested on January 29 after entering the US unlawfully, the 33-year-old suspect was picked up roughly three miles from the Calexico Port of Entry, which connects California to Mexico. Officers determined he was on the FBI’s terrorism blacklist after a criminal records check, while the CBP also noted a cell phone SIM card was found concealed in the sole of his shoe. The agency offered no details about its contents, however. The man has since been transferred and is now being held by Immigration and Customs Enforcement (ICE).

The second man, 26, was nabbed several weeks later, on March 30, also not far from the Calexico border crossing. He awaits deportation and is in federal custody, CBP said.

The terrorism watchlist is a “single database that contains sensitive national security and law enforcement information” about anybody “known or reasonably suspected of being involved in terrorist activities,” according to the FBI.

The CBP announcement follows claims from House Republicans that suspected terrorists had been apprehended at the border recently. Following a tour of the border area in El Paso, Texas last month, House Minority Leader Kevin McCarthy (R-California) told reporters that people “on the terrorism watchlist” hailing from Yemen, Iran, and Turkey had attempted to cross into the US illegally, though it is unclear if he referred to the same Yemenis mentioned by the border agency on Monday.

News of the arrests coincides with a major surge in immigration at the US’ southern border, where tens of thousands of migrants, including unaccompanied minors, have attempted to enter the country in recent months. Last week, CBP officials who spoke with the Washington Post said the US is seeing more new arrivals than at any point in the last 20 years, echoing a similar warning from President Joe Biden’s Homeland Security chief, Alejandro Mayorkas, last month.