2 people shot dead by police in Paris amid protests – media 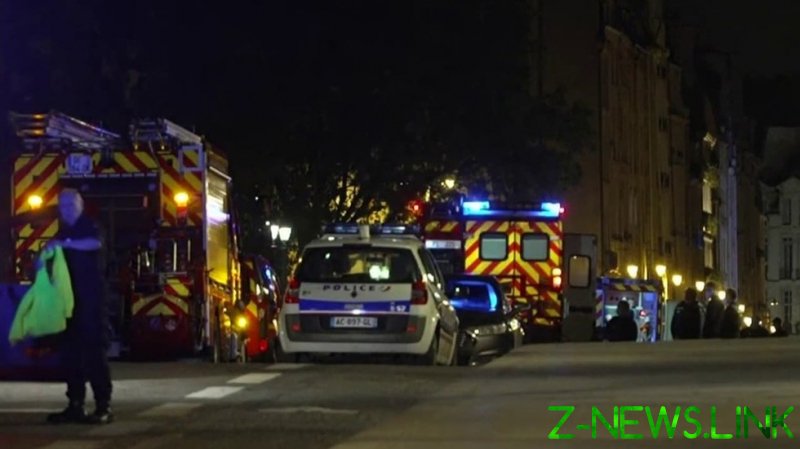 Two people were killed in Paris amid election protests on Sunday evening after police fired at a vehicle, following a ‘refusal to comply’, AFP news agency has reported. A vehicle reportedly tried to clash onto the police officers at Pont Neuf and one of them fired his weapon.

The driver and his front passenger died, a person who was sitting in the back was injured.

The driver reportedly stopped at the request of the patrol, but then, during the check, he suddenly pressed the gas and drove towards the police. According to the media, one of the law enforcement officers was forced to shoot several times with a rifle in self-defense.

The incident occurred during protests in multiple French cities, including Paris, that followed the the second round of the presidential elections in France. A few hours earlier, supporters of French President Emmanuel Macron held a rally in Paris on the Champ de Mars, where he delivered an appeal.

According to the Interior Ministry, centrist Macron won 58,55% of the vote, while right-wing National Rally’s Marine Le Pen scored 41,45%.