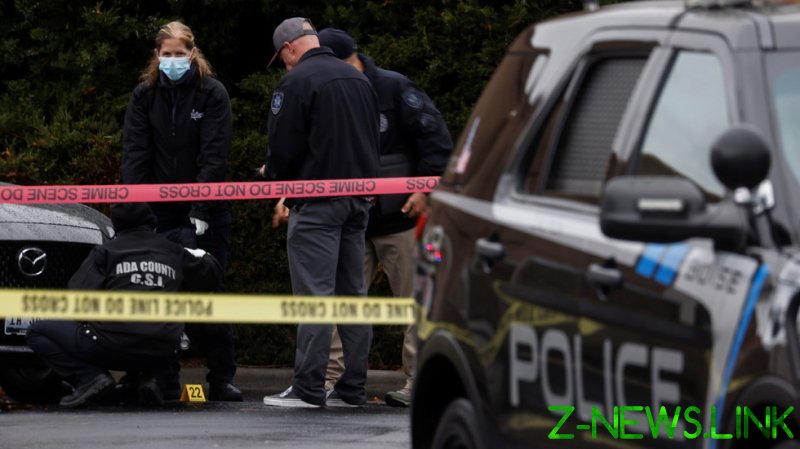 Officers responded to reports of shots fired at the Boise Towne Square Mall Just before 2pm local time on Monday, Boise Police Chief Ryan Lee said during a press conference, noting that two people were shot dead in the incident and another four injured, including one officer.

Soon after arriving at the mall, officers encountered a person matching the suspect’s description, Lee said, adding “there was an exchange of gunfire” before the suspect was struck and brought into custody. They were later said to be in “critical condition,” though the extent of their injuries remains unclear.

Footage purporting to capture the sounds of shots fired during the incident circulated online, as well as imagery of a massive police response outside the mall.

Lee said the suspect, who has not been named, acted alone, and that after a comprehensive sweep through the mall and its 150-plus establishments, there is “no ongoing threat or danger to the community at large.”

The police chief added that while the Boise Police Department will take point on the investigation overall, the Ada County Critical Incident Task Force will probe the officer-involved shooting aspect of the incident. He declined to speak about what might have motivated the attack, saying it would be “entirely too premature to make any of those assumptions.”