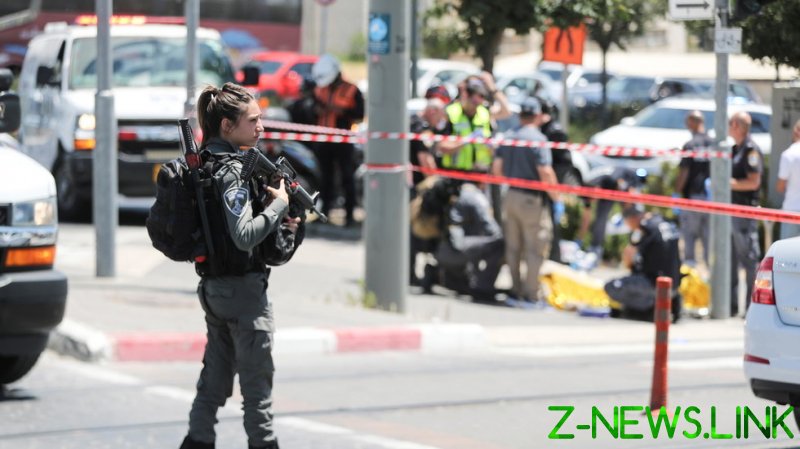 Israeli police said in a tweet on Monday that a terrorist arrived at a rail station, pulled out a knife and wounded two people. “Police officers who were on the scene responded quickly, fired at the attacker – and neutralized him,” the post reads.

The assailant injured two men in their 20s during in the attack, one seriously and one moderately, according to Israel’s Magen David Adom ambulance service.

A widely circulated video appears to show one of the victims wearing an Israeli military uniform. In the graphic video, the man can be seen kneeling with a knife in his back while medics treat him.

The incident took place in the Sheikh Jarrah neighborhood of East Jerusalem, where the possible eviction of Palestinian families was a flashpoint for mass protest which sparked the 11-day war between Israel and Gaza militants.

Images published by Reuters appear to show the assailant motionless on the side of the road while being attended to by medics and security personnel. Israeli security forces have been deployed to the area and can be seen standing on guard.