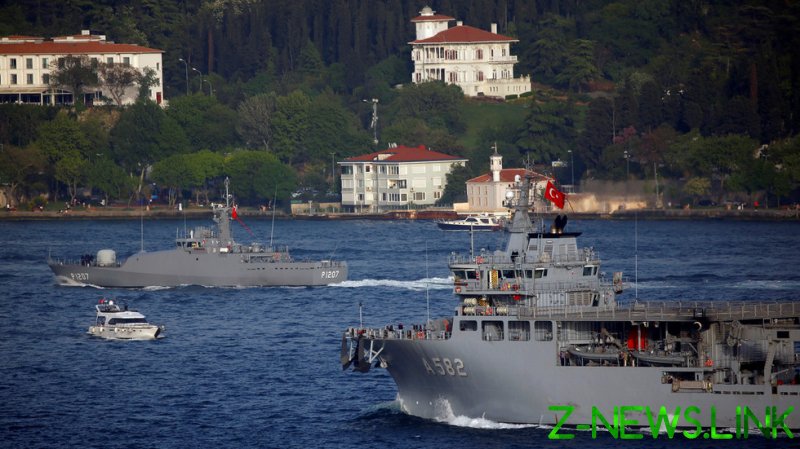 The ship, named Arvin, sank near Turkey’s northern Bartin Province, area Governor Sinan Guner told the media on Sunday. At least two people recovered at the site of the wreck were found dead, while five others were successfully rescued, the official said. The ship had around 15 crew members, according to preliminary reports.

The rescue effort by Turkey’s Disaster and Emergency Management Authority (AFAD) and coast guard command is being hampered by bad weather conditions in the area.

The incident happened near a beach located some five kilometers northwest from the provincial capital, Bartin, according to Turkish media. The ship appears to have sunk just a few hundred meters from the shore and remains partially above the water level, likely hitting the seabed in the shallows.