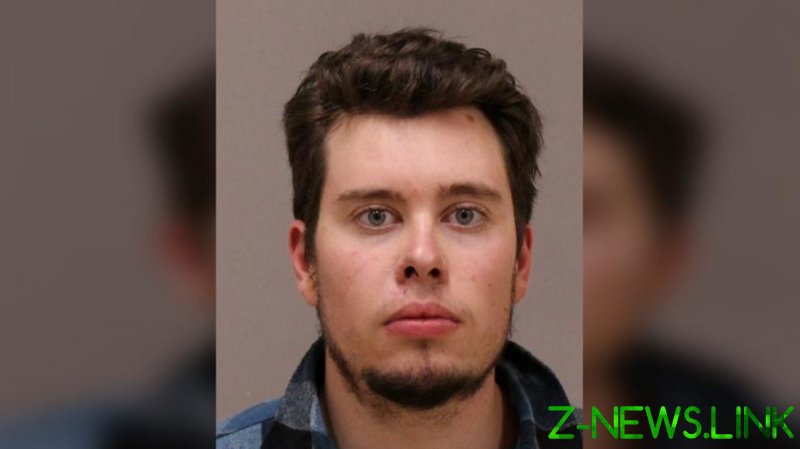 Ty Garbin was the one of the six arrested and charged with the kidnapping plot in October of last year to plead guilty. He will be acting as a witness against his alleged co-conspirators.

Garbin apologized for his part in the plot and alleged that the other five men trained at a property in Luther, Michigan with a “shoot house” that was meant to represent the governor’s vacation home.

For his cooperation, prosecutors recommended nine years behind bars for Garbin, but he was given just over six by US District Judge Robert Jonker.

Gov. Whitmer and other Democrats cited the alleged kidnapping plot as a consequence of then-President Donald Trump’s divisive rhetoric. Considering the arrests were made just before the 2020 presidential election, critics have questioned the FBI’s tactics in the case, which includes reported messages between FBI agents and an undercover informant in the supposed militia group. An FBI agent was revealed to have encouraged the informant to cast blame on someone else for being in cahoots with the FBI and delete the exchanges. The defence counsel for one of the alleged militia members argued that the informant was the mastermind behind the plot and recruited other individuals.

Numerous conservative pundits have argued the FBI may have been politically motivated and been the ones to push the others into a kidnapping plot through undercover work.

Defense counsels for the five defendants have argued that it was FBI agents who instigated a “criminal design in this case.”

Prosecutors, however, have argued the defendants will not be able to argue entrapment by agents and informants as they were “predisposed to join the kidnapping and explosive conspiracies.”