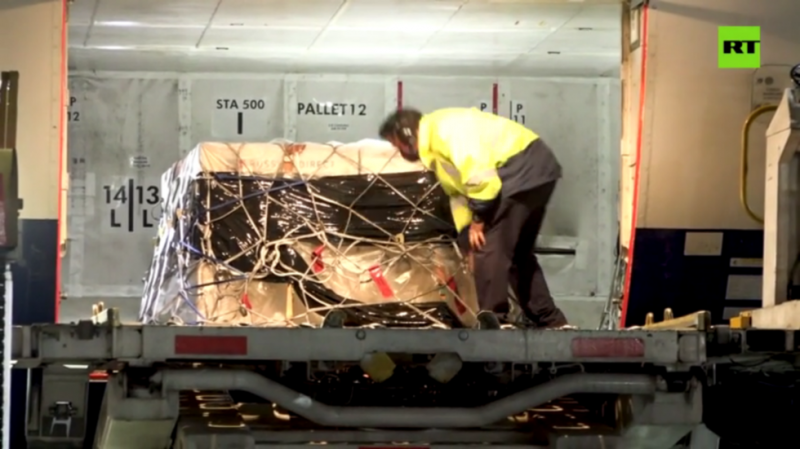 Mexican Foreign Minister Marcelo Ebrard Casaubon said that the Russian vaccine has shown “very good results” and is “one of the best-evaluated in the world.” He added that more deliveries will come in the future.

Kirill Dmitriev, the head of the Russian Direct Investment Fund, which funded the development of Sputnik V, praised the cooperation between the two countries as “a great example of pooling efforts to jointly fight the pandemic and save lives.”

Mexico’s Foreign Ministry said it “appreciates” the partnership in fighting the pandemic, adding that the delivery of the vaccine was taking place after the two countries celebrated the 130th anniversary of the establishment of diplomatic ties last year.

The vaccine was approved for emergency use in Mexico on February 3.

Developed by the Moscow-based Gamaleya Institute, Sputnik V has received authorization in some 30 countries, including Argentina, where a large-scale immunization campaign began in December.

Mexico has been looking for ways to acquire the maximum amount of Covid-19 vaccines from different suppliers. Last week, the country received a delivery of more than 491,000 doses of the Pfizer/BioNTech jab. Shipments of the AstraZeneca-Oxford and China’s CoronaVac vaccines also arrived earlier this month.