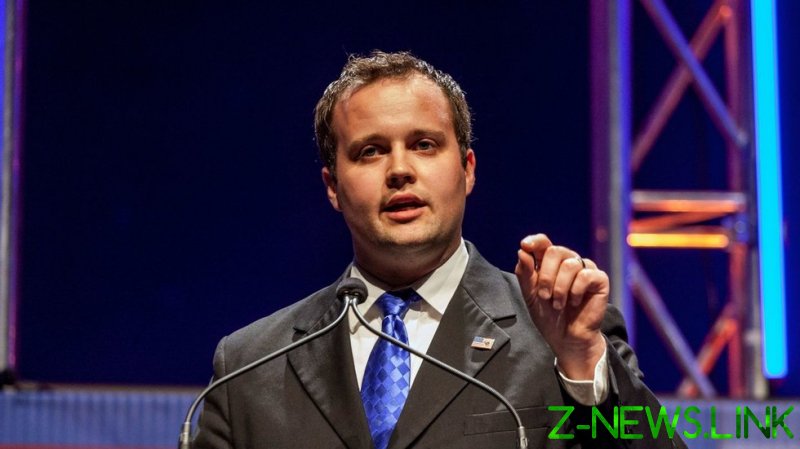 After pleading not guilty to the charges at a hearing at the US District Court for the Western District of Arkansas via Zoom due to the Covid-19 pandemic, Duggar’s attorneys released a statement promising to “defend this case aggressively.”

“In this country, no one can stop prosecutors from charging a crime. But when you’re accused, you can fight back in the courtroom – and that is exactly what Josh intends to do,” Justin Gelfand, Travis W. Story and Greg Payne said in a joint statement.

Duggar, 33, was arrested by Homeland Security on Thursday and held without bail in Arkansas. If convicted, Duggar could face 20 years behind bars, as well as fines of up to $250,000 for each of his two charges.

The ‘19 Kids and Counting’ star will continue to be held in an Arkansas detention center awaiting a bond hearing. If he is given bail, US Chief Magistrate Judge Erin L. Wiedemann made it clear he would need to be in a residence without any minors present. His actual trial will begin in July.

This is not Duggar’s first controversy involving allegations of sexual misconduct against minors. In 2015, he apologized for “wrongdoing” after a 2006 police report came to light and revealed he had been investigated as a teen for inappropriately touching multiple underage girls. It later came to light that four of the victims had been his sisters.

Later that same year, Duggar made another public apology after it was revealed he was using the site Ashley Madison, which helps facilitate extramarital affairs. Duggar admitted to cheating on his wife after developing an addiction to pornography. He said he had “re-broken” the trust of his family and fans.

“I am so ashamed of the double life that I have been living and am grieved for the hurt, pain and disgrace my sin has caused my wife and family, and most of all Jesus and all those who profess faith in Him,” he said at the time. “I brought hurt and a reproach to my family, close friends and the fans of our show with my actions that happened when I was 14-15 years old, and now I have re-broken their trust.”

‘19 Kids and Counting’ was canceled in 2015 following the controversies. The show centered on the Duggar family, which includes 19 children, Josh Duggar being the oldest. A spin-off, ‘Counting On’, followed the cancellation.

Duggar’s arrest this week came on the heels of news that his wife, Anna, is pregnant with their seventh child.

Duggar’s parents, Jim Bob and Michelle, released a statement on Friday reacting to the news of their son’s arrest and said it is their “prayer that the truth, no matter what it is, will come to light, and that this will all be resolved in a timely manner.”