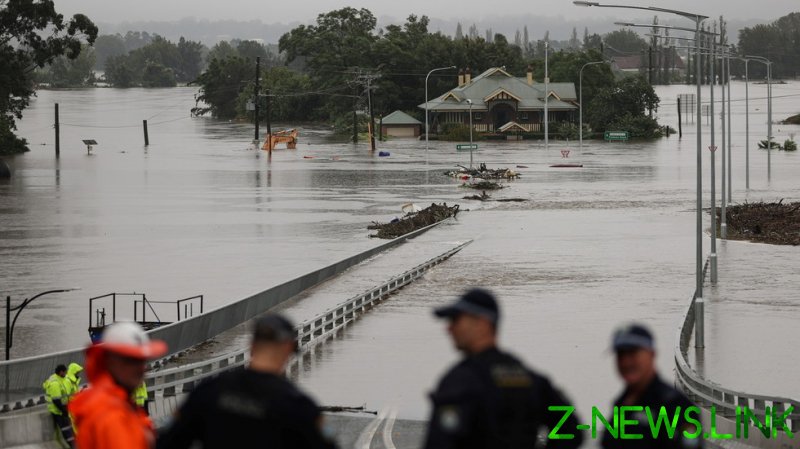 Speaking on Monday, Australian Prime Minister Scott Morrison said he was grateful that no lives had been lost so far but warned of the risks posed by the flooding in the country’s most populous state. “Weakened foundations for buildings, for roads and trees, they all create risk, as do downed power lines and rising water levels,” he said.

Heavy rainfall has caused one of the most serious flooding events in living memory, with the BoM stating that some areas had seen a meter of rain since Friday.

New South Wales Premier Gladys Berejiklian said that 38 parts of the state had been declared natural disaster areas. “I don’t know any time in our state’s history where we have had these extreme weather conditions in such quick succession in the middle of a pandemic,” Berejiklian told reporters, referencing earlier bushfires and a “deep drought” before that. “So, they are challenging times for New South Wales.”

Footage emerging online highlights the extent of the devastation, with one video showing a house being carried away by the floodwaters.

The BoM has said that every mainland state apart from Western Australia will be impacted as two major weather systems collide, with 10 million Australians currently under a weather warning.