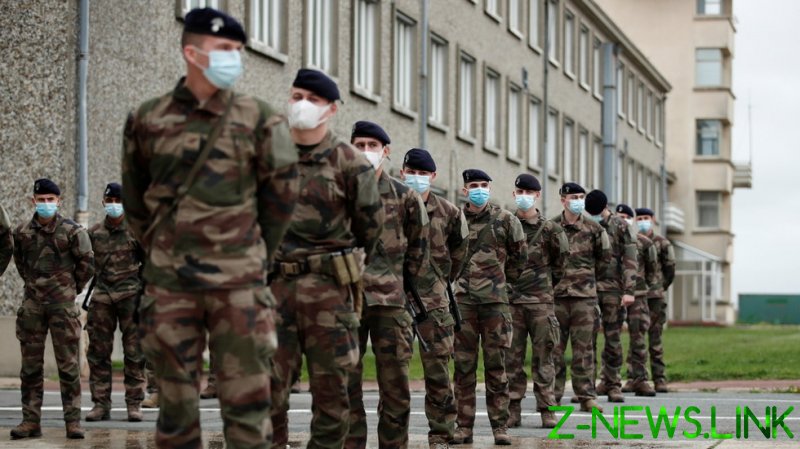 Each of the identified soldiers and officers would appear before a higher military council, the Armed Forces Chief of Staff, General Francois Lecointre, told Le Parisien. All of them would be subjected to “disciplinary sanctions,” with the harsher ones reserved for the most senior ranks, he added.

“I believe that the higher the responsibilities, the stronger the obligation of neutrality… is,” the general said. The chief of staff also said that those among the semi-retired generals who signed the controversial letter could potentially be forced to leave military service and go into full retirement.

“These generals will each appear before a higher military tribunal. Following this procedure, it will be the President of the Republic who will sign a decree on [their] retirement,” Lecointre said.

Such a strong response was sparked by an open letter declaring the country is headed toward “civil war,” signed by several former high-ranking military personnel as well as “a hundred senior officers and more than a thousand soldiers.” The appeal published in the conservative ‘Valeurs Actuelles’ news magazine urged Macron to save the nation from Islamism and the “suburban hordes” of immigrants.

One of those who signed the letter was the former commander of the French Foreign Legion, General Christian Piquemal. The general previously sparked controversy by participating in a protest against migrants in the French port city of Calais that once hosted the infamous “Jungle” migrant camp – a source of heated tensions with the locals.

Piquemal earned a personal harsh rebuke from Lecointre, who vowed to send him a letter to tell the general that “he is unworthy, taints the army and weakens it by making it a subject to national controversy.”

“I deny them all… a right to make political statements by highlighting their rank,” the chief of staff added. Earlier, French Defense Minister Florence Parly already threatened to impose “sanctions” against the high-ranking officers involved in the affair.

In the wake of the controversy the French government also presented a new bill on fighting Islamist terrorism that would grant more surveillance powers to law enforcement. The government argued it would make security services more effective in a fight against a “threat that is more difficult to spot” without sacrificing fundamental human rights.