Home / WORLD / 17-year-old arrested and charged after 2 killed during riots in Kenosha, Wisconsin

17-year-old arrested and charged after 2 killed during riots in Kenosha, Wisconsin 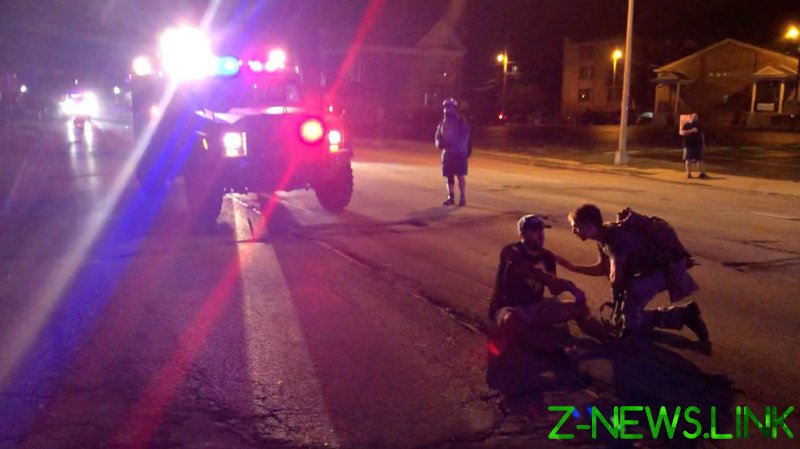 Rittenhouse was accused of fleeing Wisconsin “with intent to avoid prosecution” for the shooting. A public defender has been assigned to Rittenhouse’s case.

Rittenhouse is described as a “fugitive from justice” in public court documents obtained by the Daily Dot.

While two people were fatally shot during the third night of violent rioting in Kenosha, a third victim was hospitalized with injuries that are believed to be non-life-threatening. However, the exact circumstances of the shootings remain murky.

Some witnesses insisted Rittenhouse was a white supremacist supporter of the pro-police ‘Blue Lives Matter’ movement, while others claimed he was simply there to protect property from rioters.

Protests erupted in Kenosha on Sunday after police shot Jacob Blake, an unarmed black man, seven times in the back. Blake was left paralyzed after the shooting. The demonstrations have continued each night since, often descending into violence.

Video footage of the shootings quickly emerged on social media on Tuesday night. One video showed a person shot in the head outside a car dealership. When other rioters pursued the shooter, he fired again, hitting two more people.

On Wednesday, President Donald Trump announced that he would send National Guard troops to Kenosha after county officials pleaded for assistance with out-of-control riots.

A hearing for Rittenhouse is expected to be held on Friday.