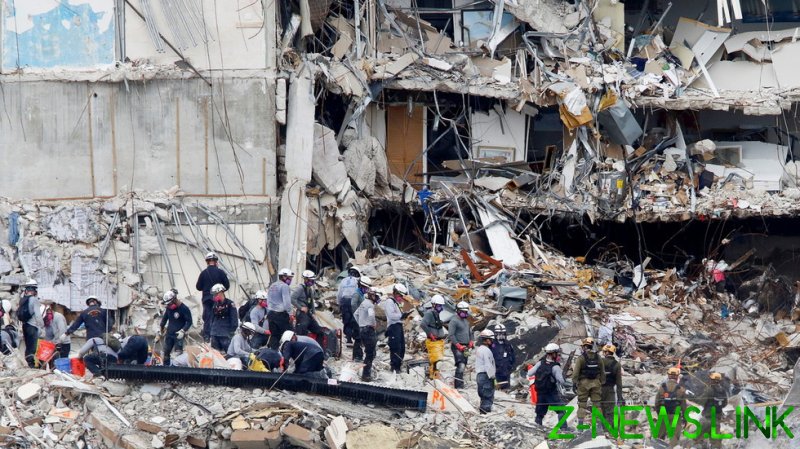 The official death count rose to 16 on Wednesday morning after four more bodies were pulled from the rubble of the building, which collapsed during the middle of the night in Surfside last Thursday.

Although no survivors have been found by emergency digging teams in the rubble for nearly a week, family members of the 147 residents still unaccounted for have waited days in hotels near the site of the collapsed building for their loved ones to be found.

Chief Financial Officer of Florida Jimmy Patronis called the collapse “the third-largest building failure in the history of the United States,” after only the 9/11 terrorist attack on the World Trade Center in 2001 – which killed nearly 3,000 people – and the Oklahoma City bombing in 2005 – which killed at least 168 people and injured hundreds more.

Clips of the building collapsing went viral following the disaster and showed the extent of the destruction. At least 10 people were found alive and hospitalized.

According to reports, the building was known to be in a state of disrepair and an engineer had warned in 2018 that it had “major structural damage” and “abundant” cracking.