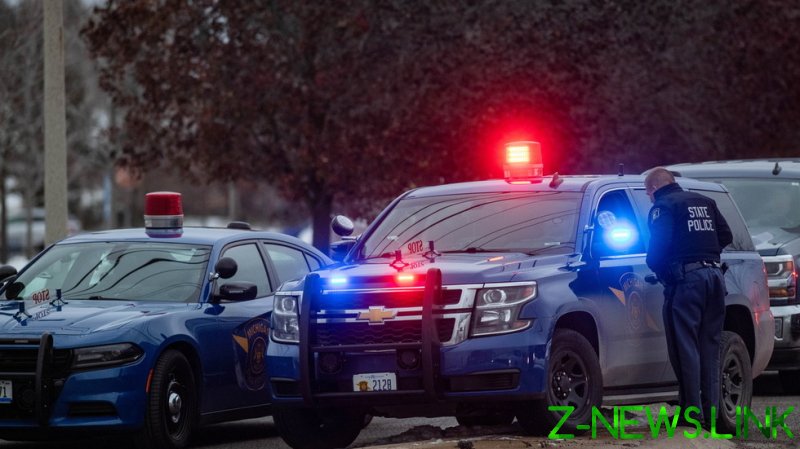 “Today’s the start of the legal process. When we begin to gather and review all of the facts, we get to put together a full timeline of events,” McDonald, a former family court judge, said on Wednesday while revealing the charges. “It will take time, but the victims and their families and the entire community need and deserve those answers.”

The shooting occurred at Oxford High School in Michigan’s Oakland County. The 15-year-old suspect, who will be tried as an adult, will be charged with one count of terrorism causing death, four counts of first degree homicide, seven counts of assault with the intent to kill, and 12 counts of possession of a firearm while committing a felony.

Oakland County Sheriff Michael Bouchard earlier released the identities of the victims, who ranged in age from 14 to 17. The fourth victim’s death was announced only hours before the charges were revealed on Wednesday. Six others were injured in the shooting, which was committed with a semi-automatic handgun purchased only last week by the suspect’s father, according to authorities.

The motive for the shooting is not known, and Bouchard said on Tuesday the suspect, identified as sophomore Ethan Crumbley, has retained a lawyer and is not cooperating with investigators.

“The person that’s got the most insight and the motive is not talking,” Bouchard told reporters.

However, McDonald said on Wednesday there is enough digital evidence to prove the shooting was premeditated.

“There is a mountain of digital evidence. Videotape, social media, all digital evidence possible,” she said. The prosecutor also said charges are being considered against the parents of the suspect, despite him being tried as an adult.