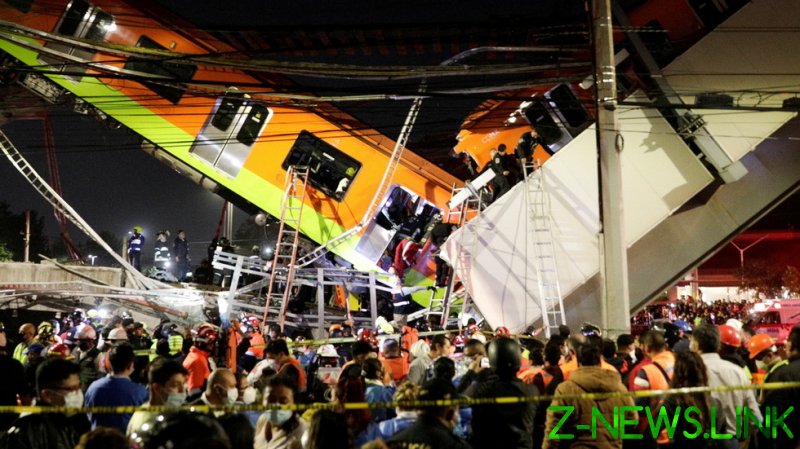 The number of fatalities in the rail overpass disaster has climbed to 15, Mexico City Mayor Claudia Sheinbaum said. The city’s civil protection agency reported that around 70 were injured.

Photos from the site show the train cars hanging above the crumbled supports, as rescue teams try to evacuated any passengers that may have been on board.

Preliminary reports said that the elevated rail collapsed when a vehicle struck one of the support pillars at street level. The train broke in two as it plummeted to the ground below.

Line 12 is the newest line of the Mexico City metro, inaugurated in 2012. It runs south-southwest of the Mexican capital, which has an estimated population of 9.2 million.