Home / WORLD / 14 leaders of MS-13 gang indicted on terrorism charges in US, including 3 ‘armed and dangerous’ men still at large

14 leaders of MS-13 gang indicted on terrorism charges in US, including 3 ‘armed and dangerous’ men still at large 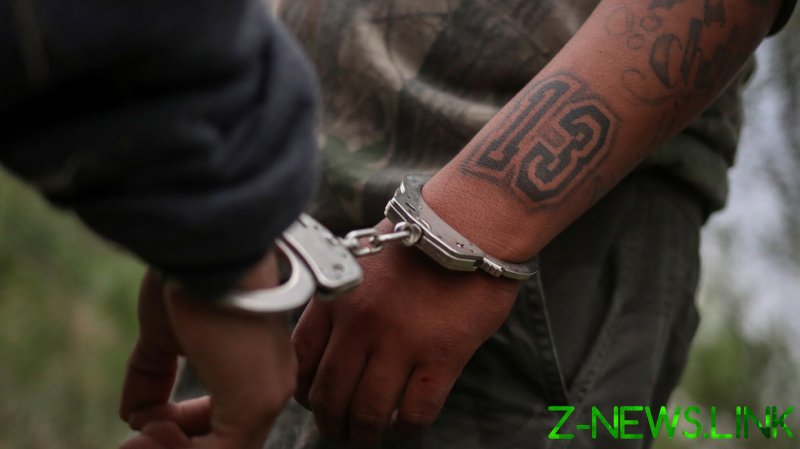 The indictment, unsealed in New York on Thursday, charges the defendants with conspiracy to support, commit and finance terrorism and narco-terrorism over the past 20 years, including in El Salvador, the US, Mexico and other territories.

Among the gang members indicted are Borromeo Enrique Henriquez, 42, known as the “Little Devil of Hollywood,” who is said to be the most “powerful” member of the MS-13 gang’s leadership. The top leadership of the group is also called the Ranfla Nacional.

The Department of Justice said three of those indicted “remain at large and should be considered armed and dangerous” – Freddy Ivan Jandres-Parada, 45, Cesar Humberto Lopez-Larios, 42, and Hugo Armando Quinteros-Mineros, 48.

Combined, the FBI and Homeland Security Investigations have issued $20,000 rewards for any information leading to the arrest and conviction of each of the trio, who are all allegedly involved in the drug trade and have ordered “acts of violence against civilians, law enforcement, and rival gang members.”

“The indictment announced today is the highest-reaching and most sweeping indictment targeting MS-13 and its command and control structure in US history,” said Acting Attorney General Jeffrey Rosen.

Acting Attorney Seth DuCharme said: “MS-13 is responsible for a wave of death and violence that has terrorized communities, leaving neighborhoods on Long Island and throughout the Eastern District of New York awash in bloodshed.”

The 14 men and other MS-13 leaders are accused of re-organizing the gang from around 2002 so that they could still order attacks in the US, El Salvador and other nations, even while in prison themselves, the Department of Justice said.

US authorities also claimed that MS-13’s leadership agreed a “truce” with the then-government of El Salvador, between 2012-2015, during which gang violence was reduced in exchange for better prison conditions, cash payments and other perks.

In expanding the spread of the gang’s operations, the Ranfla Nacional also allegedly engaged in drug and human trafficking in partnership with several Mexican cartels, including the Zetas, Gulf Cartel, Cártel de Jalisco Nueva Generación (CJNG) and Sinaloa Cartel.