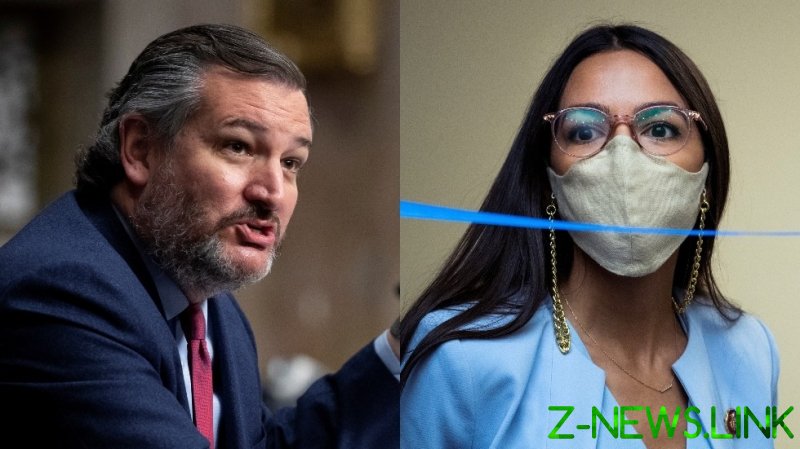 “It has come to our attention that Representative Alexandria Ocasio-Cortez sent out a tweet in which she accused Senator Cruz, in essence, of attempted murder,” the letter, which was obtained and revealed by Washington Examiner on Monday, reads.

The lawmakers are referring to a recent tweet from Ocasio-Cortez in which she said Cruz was among the Republicans who “almost had me murdered,” referencing the US Capitol riot on January 6, which she has said she holds Republicans who had pushed voter fraud conspiracy theories partially responsible for.

Ironically, the tweet was in response to Cruz saying he agreed with Ocasio-Cortez about her support of the individual buyers motivated by the r/WallStreetBets subreddit to buy into flailing companies like GameStop, which heavily influenced the market and hurt hedge funds betting against the company.

The 13 Republicans who signed the letter called Ocasio-Cortez’s tweet “completely unacceptable behavior from a member of Congress” and they call on Pelosi to demand the young Democrat apologize for and retract her statement.

“It is our sincere hope that we all stop this heightened rhetoric and move forward to actually do the work the American people sent us here to do,” they added.

The letter follows a separate one sent to Pelosi from Rep. Chip Roy (R-Texas) who also demanded an apology from the New York congresswoman or else he would take “alternate means” to condemn her words.

Ocasio-Cortez, meanwhile, has repeatedly called for lawmakers like Cruz and Sen. Josh Hawley (R-Missouri) to resign for what she claims is their role in inspiring the protesters behind the Capitol riot.