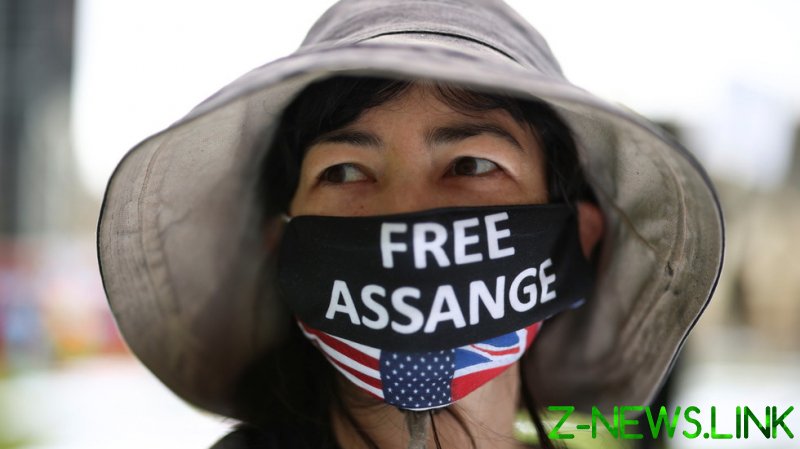 In a letter dated July 11, and signed by 120 politicians, journalists, artists, and others, signatories urged German Chancellor Angela Merkel to stand up for imprisoned WikiLeaks founder Julian Assange when visiting US President Joe Biden in Washington later this month.

Among those appealing to Merkel ahead of what will be her last meeting with a US leader as chancellor, are Dietmar Bartsch, chairman of the Die Linke (The Left) party; Wolfgang Kubicki, vice president of the Bundestag; Serap Guler, state secretary for integration of North Rhine-Westphalia; and copious MPs from across the political spectrum. Signatories also included journalists and people from the arts, including award-winning filmmaker and journalist Lutz Hachmeister.

The authors stated that the persecution of Julian Assange is “an attack on freedom of the press and freedom of expression,” and claimed it “must be rejected with all determination.”

The letter primarily highlights the wellbeing of the WikiLeaks co-founder, citing reports by UN Special Rapporteur on Torture Prof. Nils Melzer (also a signatory) that Assange is showing symptoms of “psychological torture” and must be released on these grounds alone. According to his fiancee, Stella Moris, his imprisonment has led to “deep depression and despair.”

Pleading with the German chancellor, the signatories said that Merkel can “help ensure that Julian Assange no longer has to remain in the detention” which is seriously compromising his health. They suggest that her insistence on the matter can provide a “humanitarian solution for Julian Assange and a face-saving solution for the US President.”

The authors called on Merkel to underline her commitment to supporting the freedom of the press by bringing the issue up in the presence of the US president, who they claim is ultimately responsible for Assange’s continued detainment in the UK amid ongoing demands for his extradition to the US. They added that such an act would also provide the opportunity to completely leave the turbulent era of former US President Donald Trump behind.

Assange has been imprisoned at Her Majesty’s Prison Belmarsh, a maximum-security jail in London, since April 2019 after the Ecuadorian government which had granted him asylum in its London embassy, where he was holed up for seven years, discontinued the offer. He has been held there over a breach of bail. Assange remains at Belmarsh despite a judge ruling in January that he could not be extradited to the US to face espionage and hacking charges due to mental health concerns.

In June, Assange’s fiancee said that her partner was “barely hanging on” in the prison and has been in “a terrible state, unable to even string a sentence together,” adding that he is confined to a small cell for 22 hours a day.

The US government has charged the Australian journalist under the Espionage Act, accusing him of leaking classified information in 2010. At the time, WikiLeaks published documents detailing abuses, including possible war crimes, carried out by the US military in Afghanistan and Iraq. Washington is currently seeking his extradition, and Assange could be jailed for up to 175 years if found guilty.