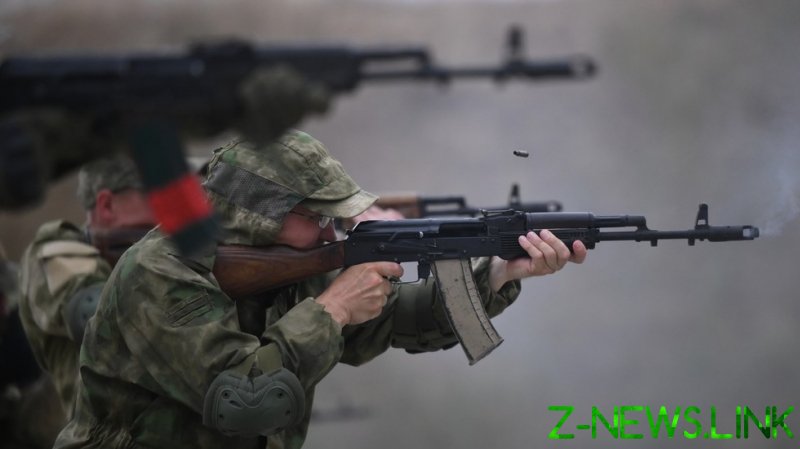 At least 11 people have been killed and 15 injured in an attack on a training range in Russia’s Belgorod Region, which borders Ukraine, the Defense Ministry said on Saturday. The incident was a “terrorist act,” it added.

Two suspects have been killed on the spot in retaliatory fire, the ministry explained. Officials further explained that they have been identified as “citizens of a member of the Commonwealth of Independent States (CIS).”

The CIS includes most former Soviet republics, except for the Baltic States, Ukraine, Georgia and Turkmenistan. The latter is an associate member of the organization.

The Russian military has not provided any further details about the incident or the identities of the assailants.

According to RIA Novosti, the two attackers opened fire at a group of volunteer fighters during training at a firing range. The Defense Ministry has yet to confirm this information.

Saturday’s news comes amid a partial mobilization in Russia, declared as the nation is locked in a protracted conflict with Ukraine. Earlier this week, Russian President Vladimir Putin said that over 200,000 reservists had been called to arms as part of the process, with most of them still undergoing training.

Russian authorities have also declared last week’s truck explosion on the Crimean Bridge a terrorist act. The Russian Federal Security Service (FSB) accused Ukrainian military intelligence of masterminding the bombing, which killed at least four, including the truck driver, and led to a partial collapse of a highway section of the bridge.

Russia has identified 12 individuals as suspected accomplices in the plot and has arrested eight of them, the FSB said. The list of people in custody includes five Russians and three foreigners, who have citizenship of Ukraine and Armenia, law enforcement said at that time.

So far, no one has claimed responsibility for Saturday’s attack on the training range.