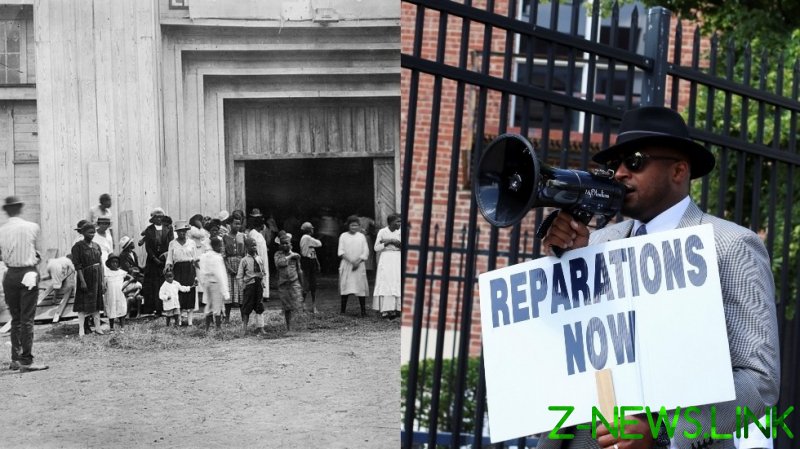 The ‘Remember and Rise’ ceremony was canceled on Friday, with the organizers blaming “unexpected circumstances with entertainers and speakers.”

Some activists were quick to blame the threats of “white terrorism,” pointing to reports of a Department of Homeland Security bulletin alleging possible violence aimed against the event.

“We assess that upcoming commemoration events associated with the 100th anniversary of the Tulsa Race Massacre in Oklahoma probably are attractive targets for some racially or ethnically motivated violent extremist-white supremacists to commit violence,” is what the DHS bulletin obtained by NBC News reportedly said.

Later on Friday, however, the Tulsa Race Massacre Centennial Commission revealed what actually led them to call off the main event: last-minute demands by lawyers for the three elderly survivors for far more money than had been agreed upon.

The original agreement was for $100,000 to each survivor and a $2 million “seed gift” to a reparations coalition fund, commission chair, state Senator Kevin Matthews (D), said in a press conference on Friday afternoon. At the last minute, Matthews said, the lawyers changed their mind and asked for $1 million each and $50 million for the fund.

“We could not respond to those demands,” he told reporters. “I absolutely want the survivors, the descendants and others that were affected to be financially and emotionally supported, however this is not the way, no matter how hard we try.”

Organizers are expecting around 15,000 people to attend the series of events over the weekend commemorating the 100th anniversary of the riot, which began on May 31, 1921. President Joe Biden is scheduled to visit Tulsa on June 1.

The Tulsa neighborhood of Greenwood, dubbed the ‘Black Wall Street,’ was razed to the ground in the 1921 pogrom, which spiraled from allegations that a black teenager sexually assaulted a white woman. Armed veterans of the First World War, black and white, took part in the clashes.

More than 1,200 businesses across 35 blocks were destroyed and over 10,000 people lost their homes. The official death toll of the violence was 36, but some estimates have put it as high as 300. Local authorities are still looking for suspected mass graves.