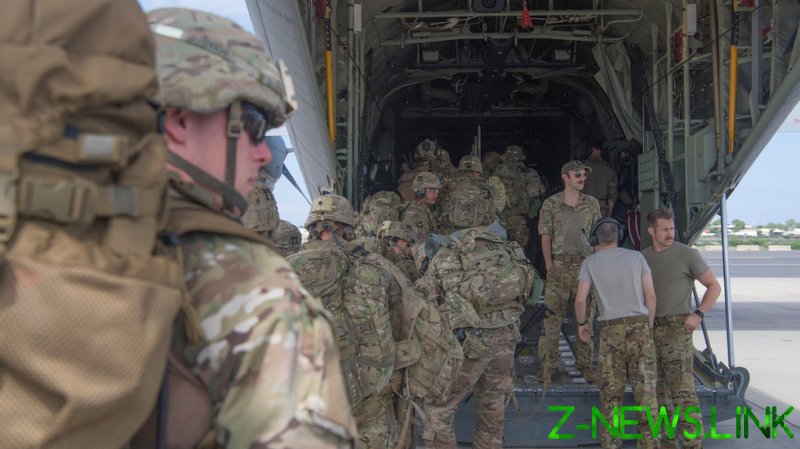 The military announced the upcoming deployment in a statement earlier this week, saying that more than 1,000 soldiers from the Kentucky and Virginia National Guards are being prepped for a mission in Africa, the largest “single-unit mobilization” for the VNG since World War 2.

Dubbed ‘Task Force Red Dragon,’ the troops will take part in the Pentagon’s multi-national counter-terrorism operation in the Horn of Africa, and are “trained and equipped to accomplish a wide range of missions throughout the US Africa Command area of responsibility,” the Guard said.

The soldiers are expected to be sent to the continent sometime in early 2022, according to a Guard source cited by Military.com. While the spokesperson did not specify their destination, the US joint counter-terrorism mission in Eastern Africa is based out of Djibouti’s Camp Lemonnier, where some 3,400 American personnel are currently stationed. It is unclear if the Guard soldiers will mark an increase in the overall troop level, or replace others already deployed.

The creation of the new task force comes despite vows from the Joe Biden administration to wind down the sprawling War on Terror launched in the wake of the 9/11 attacks, which has seen US military operations in more than a dozen countries. Though Biden made good on his predecessor’s plans to withdraw troops from Afghanistan earlier this year, extensive anti-terror operations have continued across the Middle East and Africa. In a letter sent to Congress over the summer, the administration outlined its global military footprint, acknowledging ongoing airstrikes on various militant groups in East Africa and train-and-advise missions with local security forces elsewhere on the continent.