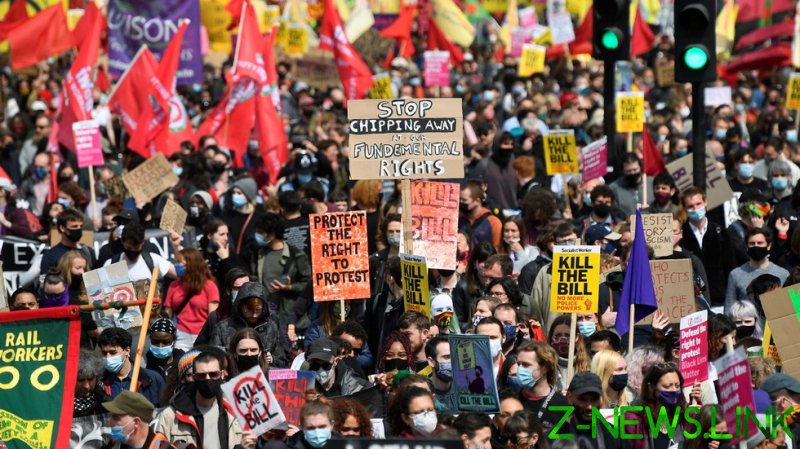 A huge crowd gathered in Trafalgar Square on Saturday and then marched in front of government buildings in the city’s center, chanting “kill the bill” and other slogans.

The protesters, many of whom neglected to wear face masks, carried signs, reading: “Defend the right to protest,” “No more police powers,” among others.

Black Lives Matter activists with anti-racism banners and members of socialist groups were also spotted among the demonstrators.

The event was mainly peaceful, but the police later said that at least nine participants have been detained.

Rallies against the Police, Crime, Sentencing and Courts Bill also took place in other cities in Britain on the day.

The bill’s most controversial part is the section on public order, which calls for a new nuisance law that would make causing “serious annoyance or inconvenience” in public a criminal offense, punishable by up to 10 years behind bars.

The legislation, which has already passed two readings in the House of Commons, is going through the committee stage where amendments can be made until June 24.