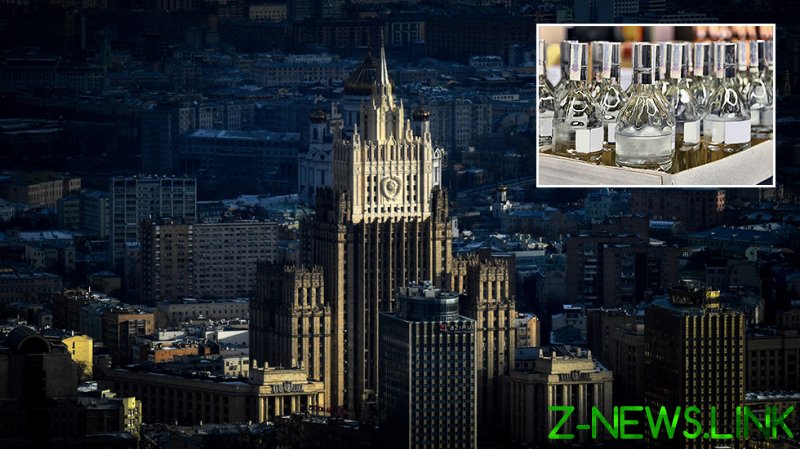 The REN TV network reported on Thursday that the funds were part of a $1.5 million payment from Iran in exchange for providing consular services. The money, which they say had been couriered by diplomats, was delivered to the office of the finance department’s top specialist, Natalia Agaltsova, in two bags and a sealed box of Swedish tipple, Absolut.

Agaltsova claims she sounded the alarm when she went to count the cash, and realized that, while on top of each pile was a $100 bill, the rest had been replaced with $1 notes, leaving more than $1 million missing.

Iran, which arranges cash transfers because of US-driven sanctions imposed on its banking system, had supposedly handed the money over to Russia’s ambassador in Tehran. Embassy officials then reportedly certified that all the money was present and sealed it inside containers which were guarded round-the-clock by security.

The civil servant claims that she panicked when she saw the extent of the missing funds and attempted to cover the shortfall with cash from a register in the office, as well as $200,000 of her own savings. She even applied for a bank loan to help make up the difference but, when it was rejected, REN TV reports, Agaltsova attempted to end her life. Reports say the official was initially detained before being placed under house arrest while investigations continued. She is now subject to travel restrictions and is banned from leaving her local region while inquiries take place.

New disclosures from the investigative team reveal that, over the course of three days at the end of 2019, the cash was slipped out of the ministry in broad daylight. They point to surveillance footage in which Agaltsova can be seen leaving her office with two packed bags as evidence. A man who lived with Agaltsova was apparently also initially detained by the authorities, but has since been released and called for questioning as a witness.

While details of the case are still unclear, REN TV broadcast an interview with a Moscow resident who claimed to be a neighbour of Agaltsova’s, and insisted that she and her partner had given him a locked box to look after. He alleges that investigators later discovered more than $148,000 inside.

Later on Thursday, the Foreign Ministry confirmed to RIA Novosti that a large sum of money had been taken from the building, and that the case was currently being settled in the courts.

In 2019, a government minister was detained on suspicion of stealing funds from the state. Mikhail Abyzov, who had been in charge of the ‘Open Government’ initiative was arrested by the FSB, the country’s top security force, over allegations he embezzled more than $62 million of taxpayers’ money. He is now awaiting trial, and his post has been abolished.