1 killed, 1 wounded in shooting outside Paris hospital, attacker on the run – media 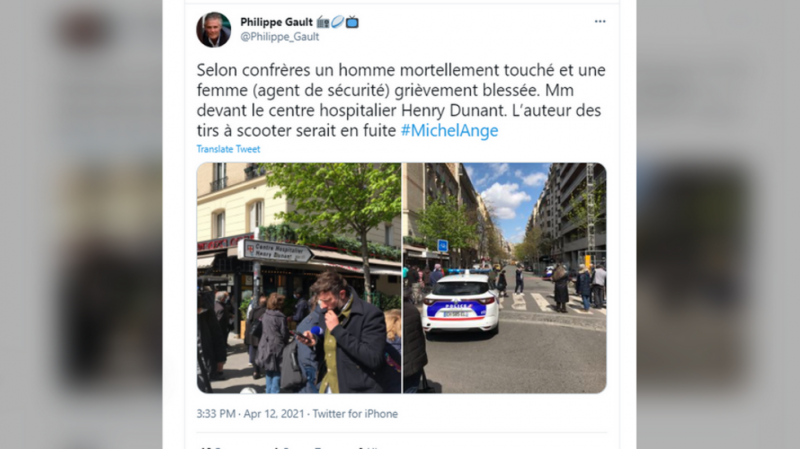 BFM TV is reporting that one person has died, after a man and a woman were hit by bullets. One victim is said to be the hospital’s security guard. The shooter is at large, the report said.

Henry-Dunant is a private hospital located in the capital’s southwestern 16th arrondissement. It currently serves as a Covid-19 vaccination site.

Radio station France Info cited a police source saying that “several” shots were fired and that an attacker fled on a two-wheeled vehicle. The report added that the vehicle in question was a Yamaha TMAX scooter without a license plate.

The manager of a restaurant located opposite the hospital told BFM TV that he heard the shots and saw a man lying on the ground. He said that a person wearing a hood came up to the victim, shot him at close range, and left “in cold blood, as if nothing had happened.” The witness added that the shooter had a scooter waiting for him 500 meters from the crime scene.