1 in 10 people malnourished in 2020, UN says, with pandemic stalling chances of eradicating world hunger by 2030 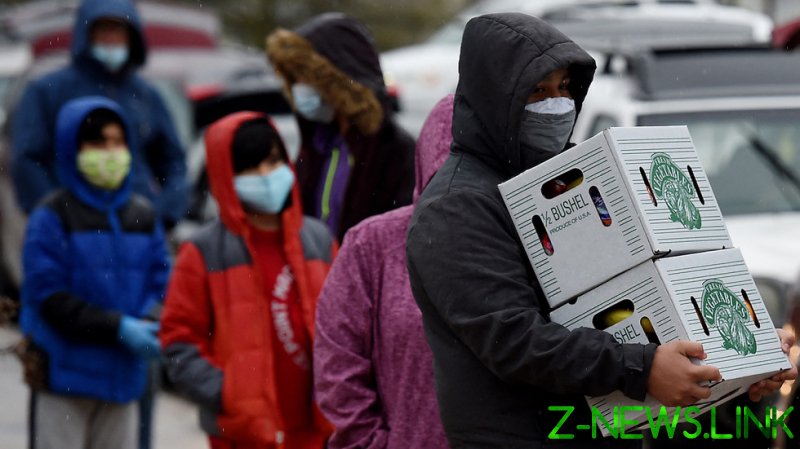 “Unfortunately, the pandemic continues to expose weaknesses in our food systems, which threaten the lives and livelihoods of people around the world,” the report’s authors noted.

While gathering concrete data to measure the full extent of global starvation is difficult, the UN report estimated that between 720 to 811 million people faced hunger in 2020 – over 160 million people more than the previous year.

The publication highlighted that about half of all people estimated to be in an undernourished state are in Asia, while a third are in Africa. Around 60 million people are believed to be malnourished in Latin America and the Caribbean.

Disparities in access to food were also prevalent between different genders and age groups, with women facing severe hunger more often than men last year. The UN report estimated that over 149 million children around the world aged under five suffered stunted growth last year due to malnutrition.

The UN had previously set a goal to eradicate world hunger by 2030; however, the statistics from the organization’s latest report indicate that the pandemic has scuppered most chances of ending food insecurity within the next decade. The authors gave the somber message that the Covid pandemic has created an economic recession comparable to the fall-out from the Second World War, and called for immediate action from policy makers to rectify the situation through combating poverty and offering humanitarian aid in conflict areas.

Meanwhile, a new report released on July 9 from Oxfam, a charity committed to ending poverty and hunger, echoed the UN publication regarding the severity of the hunger crisis worldwide. Oxfam estimated that as many as 11 people currently die of starvation every 60 seconds – almost double the death rate of Covid.

War was also found to be an exacerbating factor, with Oxfam saying that two-thirds of people living in conflict zones were starving due to unstable conditions and food shortages.

Although the UN report largely focuses on the immediate repercussions of the pandemic on nutrition, it also warned that the consequences of the Covid crisis will negatively impact people and their access to food for years to come, with 660 million expected to face hunger in 2030.