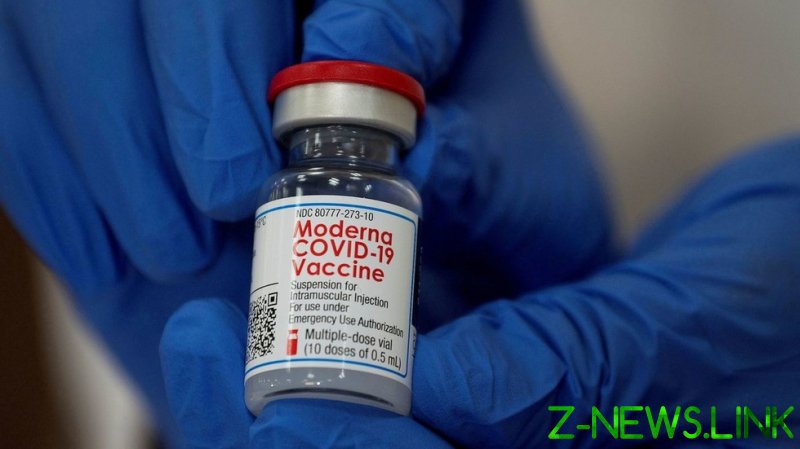 The Health Ministry said on Thursday that it has withdrawn doses manufactured at the same production line following consultations with drug maker Takeda, which is in charge of sales and distribution of the vaccine in the country.

Takeda asked Moderna to conduct an urgent investigation after foreign substances were found in 39 unused vials. The material in question is believed to be a few millimeters in size, though its elements are yet to be determined, Japanese media reported, citing Takeda and the ministry.

In a statement to the media, Moderna confirmed the findings and said it was investigating the case. “To date, no safety or efficacy issues have been identified,” the US-based company said, adding that so far it cannot comment on how exactly some of its vials were contaminated.

The Health Ministry said it believes the risk is not significant, but sees the suspension as a cautionary measure, according to Kyodo News.

The presence of foreign material was confirmed since August 16 at eight vaccination sites in the Tokyo, Ibaraki, Saitama, Gifu, and Aichi prefectures. Takeda notified the ministry of the issue on Wednesday.

The ministry reported that the doses came from a factory in Spain and have already been sent to 863 vaccination sites across Japan. Officials will alert each site, and also revealed three production lot numbers – 3004667, 3004734, and 3004956 – so people can check if they received a potentially contaminated dose.

Japan approved the emergency use of the Moderna vaccine in May, and over 10 million doses have been administered so far, as the country grapples with a spike in Covid-19 cases.

In response to the rise, Japan extended its state of emergency until September 12 in 13 prefectures. Overall, 47 prefectures are under some form of emergency orders. Around 40% of the population is fully vaccinated, according to the Japan Times.