‘007 agents aren’t what they used to be’: Russian foreign ministry mocks ‘discovery’ of docs linked to UK navy’s Crimea incursion 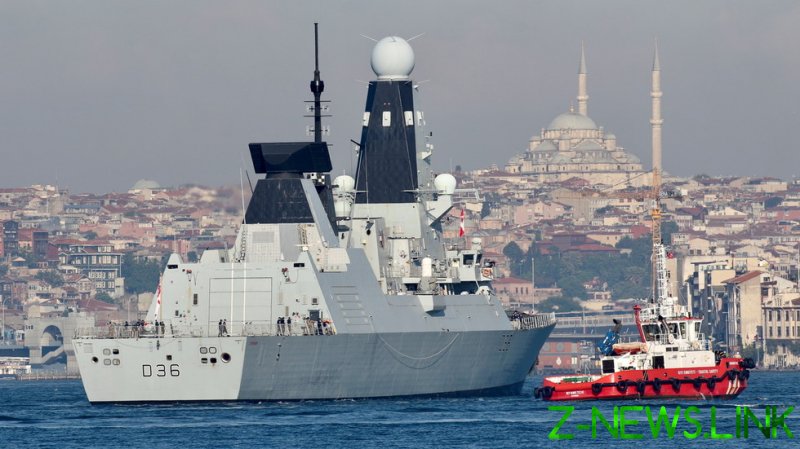 The 50-page dossier related to the Black Sea cruise of the HMS Defender is said to have been found by a passer-by in a heap of trash behind a bus stop in Kent on Tuesday morning. The discovery, made right before the Wednesday incident when the UK destroyer sailed into Russian waters near Crimea, was publicized by the BBC on Sunday.

The miraculous find, however, was deemed rather hard-to-believe by Russian officials. Russian FM spokeswoman Maria Zakharova took to Telegram to mock the whole affair, suggesting the sudden emergence of the documents looked like a clumsy cover-up attempt.

Apparently, the goldmine bus stops with highly-sensitive documents laying around should be the target for the persistent paranoia exhibited by many in the UK, instead of elusive, omnipotent ‘Russian hackers,’ Zakharova suggested.

“Now, here’s a question to the British Parliament: who needs ‘Russian hackers’ if there are British bus stops?” she asked.

The haul of documents, believed to have emerged from an office of a senior Ministry of Defence official, reportedly described the mission of the destroyer as an “innocent passage through Ukrainian territorial waters.” The military strategists insisted they had a “strong, legitimate narrative” for the whole stunt, while reporters aboard the ship would have provided “independent verification” for it. Some officials, however, raised concerns about a possible “welcome party” to be thrown by Russia, the documents show. Avoiding the waters around Crimea, however, would be deemed to be too weak, as it would presumably give Moscow an opportunity to say the UK ship had run away.

The HMS Defender invaded Russian territorial waters off Crimea on Wednesday, triggering a response from the country’s military, which dispatched two patrol ships and warplanes to warn it off. The ship ultimately had to leave after warning shots were fired at it. The UK military was quick to deny the shooting, claiming it was a part of a planned exercise, while the destroyer merely conducted the aforementioned “innocent passage through Ukrainian territorial waters in accordance with international law.”

The damage-control attempts left the UK military red-faced again, as a video showing Russian vessels repeatedly warning and then firing warning shots at the direction of the destroyer emerged shortly after.